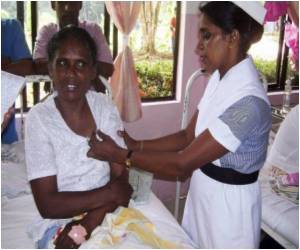 Women with PAD have problems walking and climbing stairs sooner and faster than men with the disease, say researchers at Northwestern Medicine.

The study was published in the February 2011 issue of the Journal of the American College of Cardiology.


Peripheral artery disease affects eight million men and women in the United States. The disease causes blockages in leg arteries, and patients with PAD are at an increased risk of having a heart attack or stroke, said Mary McDermott, M.D., professor of medicine and of preventive medicine at Northwestern University Feinberg School of Medicine and physician at Northwestern Memorial Hospital.
Advertisement
McDermott and a team of researchers observed 380 men and women with PAD for four years, measuring their calf muscle characteristics and leg strength every year. Oxygen is needed to fuel calf muscles, and blockages in leg arteries prevent oxygen from reaching the calf muscles of people with PAD.

The researchers also tracked whether or not the patients could walk for six minutes without stopping and climb up and down a flight of stairs without assistance every year.

"After four years, women with PAD were more likely to become unable to walk for six minutes continuously and more likely to develop a mobility disability compared to men with the disease," said McDermott, lead author of the study. "When we took into account that the women had less calf muscle than men at the beginning of the study, that seemed to explain at least some of the gender difference."

Interestingly, men in this study experienced a greater loss of calf muscle annually than the women. But the men had more lower extremity muscle reserve than the women. That may have protected men against the more rapid functional decline women experienced.

"We know that supervised treadmill exercise can prevent decline, so it's especially important for women with PAD to get the diagnosis and engage in walking exercise to try and protect against decline," McDermott said.

Source: Medindia
Advertisement
<< Health and HRD to Work in Synchronization
Higher Sugar Levels In Pregnancy Could Result In Obese Chil... >>

Find a Doctor Loram (2 mg) (Lorazepam) Find a Hospital Hearing Loss Calculator Diaphragmatic Hernia A-Z Drug Brands in India Indian Medical Journals The Essence of Yoga Blood - Sugar Chart Accident and Trauma Care
This site uses cookies to deliver our services.By using our site, you acknowledge that you have read and understand our Cookie Policy, Privacy Policy, and our Terms of Use  Ok, Got it. Close
×