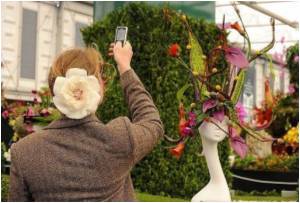 If you want a great garden, hand the gloves to women. For they are better at choosing, arranging and tending to flowers, planting hanging baskets and selecting garden ornaments, according to a new study.

On the other hand, men are more adept at cutting the grass, tending to the vegetable patch and looking after the decking, reports the Daily Mail.

In a poll of 2,000 participants, both sexes also rated men as better at building sheds and painting fences.


"Traditionally, the garden has been thought of as the man's responsibility. But it seems many now think women are the best at making sure the lawn and flower-beds look nice," said Gary Philpotts from Roundup Weedkiller, which carried out the study.

Gardening may enhance children's reading, writing and numeric skills, a study said.
Advertisement
'However, men haven't been completely pushed out of the garden as it seems to be their job to prepare the garden, as well as tackling the bigger jobs such as maintaining the fences and decking.'

The survey revealed that gardening jobs tend to be divided between men and women, with men doing more physical work, such as digging beds and taking rubbish to the tip.

Women, in contrast, get to express their creativity more and are likely to be the ones choosing plants and arranging flower-beds.

Gardening may Help Keep the Doctor Away

Professor Geoff Beattie from Manchester University has said that spending some time in the green environment of a garden is very helpful
Advertisement
<< Neighbours of California's Nuclear Plant Say Life is Good; ...
Working Aussie Women Prefer to Do Household Chores As Men D... >>

Drug - Food Interactions Pregnancy Confirmation Calculator The Essence of Yoga A-Z Drug Brands in India Indian Medical Journals Color Blindness Calculator Find a Hospital Hearing Loss Calculator Sanatogen Diaphragmatic Hernia
This site uses cookies to deliver our services. By using our site, you acknowledge that you have read and understand our Cookie Policy, Privacy Policy, and our Terms of Use