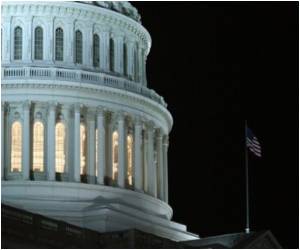 A persistent and extensive gender gap prevails between men and women, once it comes to political ambition as women lack of interest to run for office, reveals a new study.

A new study conducted by American University School of Public Affairs associate professor of government and director of the Women and Politics Institute Jennifer L. Lawless and associate professor of political science at Loyola Marymount University Richard L. Fox surveyed nearly 4,000 lawyers, business leaders, educators, and political activists, all of whom are well-situated to run for office.

One of the reasons behind the gender gap is that women are substantially more likely than men to perceive the electoral environment as highly competitive and biased against female candidates.


The second reason is that Hillary Clinton and Sarah Palin's candidacies aggravated women's perceptions of gender bias in the electoral arena.

Another factor is that women are much less likely than men to think they are qualified to run for office.
Advertisement
The fact that female potential candidates are less competitive, less confident, and more risk averse than their male counterparts is another factor, which contributes to this gap.

According to the report by Lawless, a 2006 candidate for Congress seeking the Democratic nomination in Rhode Island's second district, and Fox, an important reason behind the lack of interest in females is that women react more negatively than men to many aspects of modern campaigns.

Other important factors include that women are less likely than men to receive the suggestion to run for office - from anyone and the fact htat women are still responsible for the majority of childcare and household tasks.

The Great Divide Between Men and Women is Actually Wider
Distance between Mars and Venus is wider than previously thought, of course the reference is ......