Woman's Surgery May Not be Effective Over Long-Term 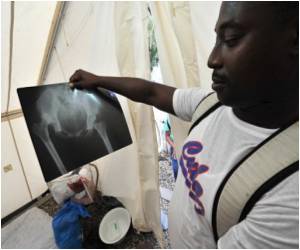 In women, the initial success rates of the most durable surgery for a common condition declines over the long-term.

This is according to data published in the Journal of the American Medical Association.

The procedure, abdominal sacrocolpopexy, is used to manage pelvic organ prolapse, a widespread but little-known condition that occurs when the vaginal wall protrudes outside of the vaginal opening.


More than 225,000 surgeries are performed annually in the United States for pelvic organ prolapse. The cost for these procedures is more than $1 billion per year, yet little until now has been known about its long-term effectiveness.
Advertisement
The goal of this study was to compare the long-term anatomic and symptomatic success rates in women undergoing abdominal sacrocolpopexy up to seven years following the procedure and whether these factors were affected by an associated surgery to prevent incontinence, a common side effect of prolapse procedures.

The study found that anatomic support failure rates increased over time and mesh erosion, a complication of this surgery, occurred in 10.5 percent of patients by seven years. The study also revealed that adding a procedure to prevent incontinence following surgery decreased but did not completely eliminate subsequent urinary incontinence.

Most (95%) women in the study did not seek retreatment for prolapse once they experienced loss of vaginal support in the seven years following an abdominal sacrocolpopexy. Authors reported that women may have found the initial treatment adequate, because abdominal sacrocolpopexy generally provides relief of pelvic organ prolapse symptoms, such as pelvic pressure or a bulge, despite progressive loss of anatomic support.

"While these findings highlight the reality of the condition treated by this procedure, abdominal sacrocolpopexy may still be a good option for some women. Physicians also can use this information to better counsel patients based on individual needs," said Linda Brubaker, MD, MS, study investigator and dean, Loyola University Chicago Stritch School of Medicine. "Fortunately, this procedure is now available minimally invasively. We also have vaginal reconstructive procedures that may be good alternatives for patients who do not choose to undergo a traditional abdominal sacrocolpopexy."

Cause of Pelvic Organ Prolapse Identified
The cause of pelvic organ prolapse is due to the combination of a loss of elasticity and breakdown ....