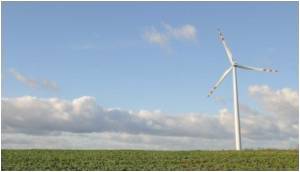 There has been no scientific backing to the claim that wind turbines cause ill health to people living nearby, concludes a study carried out in Australia.

"While the range of effects such as annoyance, anxiety, hearing loss and interference with sleep, speech and learning have been reported anecdotally, there is no published scientific evidence to positively link wind turbines with adverse health effects," News.com.au quoted the council as saying.


The council said a recent US study into wind turbines and infrasound sound that was "generally inaudible to the human ear", found no evidence that it could impact on the physical health of those living nearby.

Wind Turbines Cause More Pollution Than They can Prevent: Study

Researchers have claimed that wind turbines on the sides of houses often cause more pollution than they prevent.
Advertisement
This was backed by a study focused on three UK-based wind farms, it said, while the World Health Organisation also took the view that there was no evidence of a health impact.

The council said there was a mental impact on those who "perceived infrasound" and this was "annoyance".

It also assessed the total noise output of a ten-turbine wind farm as 35 to 45 decibels when a person stood 350 metres away.

This was about the same level as standing in a "quiet bedroom" and well below the 60 decibels for "noise in a busy office".

The council said there was a similar lack of evidence to support complaints that "electromagnetic radiation, shadow flicker and blade glint" from wind turbines could impact on health.

"There have been claims over the last couple of years from opponents of wind farms that noise and other factors associated with wind turbines can make people sick," the council's policy director Russell Marsh stated.

He said more than 100,000 wind turbines had been installed across 80 countries in the past 30 years, and yet there remained "no credible evidence that wind turbines have a direct effect on people's health".

UK has taken a major step forward in wind power. Contracts to set up offshore wind farms in nine zones across the country have been finalized.
Advertisement
<< Tailored Plan to Quit Smoking
APCOM Aims to Curb HIV Among MSM and Transgenders in Asia P... >>

Efforts to Keep Cool in Hong Kong Will Boomerang

Noscaphene (Noscapine) Drug - Food Interactions Drug Side Effects Calculator Pregnancy Confirmation Calculator Drug Interaction Checker Blood Pressure Calculator The Essence of Yoga Sanatogen Color Blindness Calculator Sinopril (2mg) (Lacidipine)
This site uses cookies to deliver our services. By using our site, you acknowledge that you have read and understand our Cookie Policy, Privacy Policy, and our Terms of Use