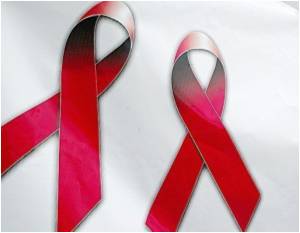 The Asia Pacific Coalition on Male Sexual Health (APCOM) has moved from an interim governance structure to one incorporating a Governing Board and an Executive Director, considerably strengthening its capacity to address a sharp rise in HIV infection in men who have sex with men and transgender populations across the region. At the same time, APCOM's key donor, HIVOS, has announced a renewal of its commitment to APCOM for another three years and at an increase of 50% for core costs.

Like the interim body that preceded it, APCOM's new, wide-ranging Governing Board continues to include a range of MSM and transgender community representatives from across the region as well as coalition sector advisors from government, United Nations agencies, donors, and technical experts.

"The new roster of representatives marks our transition from a fledgling to an established coalition," said Shivananda Khan, Chief Executive of Naz Foundation International, from its regional office in Lucknow, India. Khan is also the newly elected Chairperson of the APCOM Governing Board. "In a little more than three years, our unusual coalition has already helped push the HIV and MSM/TG agenda significantly higher on national and regional agendas. This has made crucial issues far more visible, pushing governments and other influential stakeholders to craft and implement long overdue policies aimed at HIV prevention among communities that remain perhaps the most vulnerable to infection both in our region and globally."


The election of the first Governing Board was accompanied by the naming of Steven Gu as APCOM's first Executive Director, and with that the imminent shift of the APCOM Secretariat from Lucknow to Bangkok. Gu, who hails from China, is well-known in HIV advocacy and policy on the mainland, and will be based in Thailand to assist APCOM's outreach to key regional supporters and stakeholders, including the regional offices of the United Nations Joint Programme on HIV/AIDS (UNAIDS), the United Nations Development Programme (UNDP) and the United Nations Educational, Scientific and Cultural Organization (UNESCO), United States Agency for International Development (USAID) and others as well as the Western Pacific Regional Office (WPRO) of the World Health Organization (WHO), which officially joined APCOM at its meeting in Pattaya, Thailand.

Do you know that there are symptoms for each stage of HIV/AIDS? Learn more from our HIV Symptom Quiz but here's a disclaimer - never go by symptoms alone. Symptoms only indicate the progression of the disease, while only a medical test can confirm it.
Advertisement
APCOM's work to date received a ringing endorsement at the Governing Board meeting when the coalition's chief donor, Hivos of the Netherlands (Humanist Institute for Co-operation with Developing Countries), announced it was renewing support for another three years while increasing its funding for the coalition by no less than 50% over its commitment of the past three years. "We are so very impressed by the groundbreaking efforts of APCOM so far, that our board readily agreed to continue funding these efforts at a considerably higher level," noted Paul Jansen, Hivos Program Officer for LGBT Rights. "Joining forces with others to bring about important social policy change is crucial to the work of Hivos. APCOM exemplifies that ethic, forging ties across the political and civil society spectrum, bringing diverse parties to the table at the same time to engage in dialogue and advocacy that eventually gets transformed into concrete policy, a verifiable return on investment."

Representatives at the APCOM Governing Board meeting passed a budget and work plan to build on the accomplishments of the first three years by strengthening and expanding the coalition's current agenda to encompass areas that include a greater regional push for universal access to HIV prevention, care and treatment services for MSM and TG; increased investment in urgently needed research to better inform service and program design; the strengthening of MSM and TG community networks that engage in policy development; and continued efforts to push for the repeal of laws that criminalize MSM and transgender populations.

"Transgender people are so very different from MSM, yet the world tends to clump us together," explained Joleen Mataele, Executive Director of the Tonga Leiti Association, Chairperson of the Pacific Sexual Diversity Network and Community Representative from the Pacific on the APCOM Governing Board. "Through the work of APCOM, TG populations from the Pacific and Asia are educating governments and policy makers as to what our specific identities are, what our specific health needs are, not just when it comes to HIV but beyond. APCOM seeks to advocate for and support different communities across different environments, and that is one of its strengths."

Several APCOM Governing Board representatives will be attending the upcoming International AIDS Conference in Vienna, hosting or otherwise participating in various sessions on MSM and TG issues including the day-long MSM pre-conference of the Global Forum on MSM & HIV. The leadership is also firming up APCOM's activities to be presented at next year's 10th International Congress on AIDS in the Asia and the Pacific (ICAAP) in Busan, South Korea, following APCOM's highly successful series of satellites, meetings and workshops at ICAAP9 in 2009 in Bali, Indonesia. (CNS)

This Interactive provides step by step visual aid showing how to correctly use condoms which can prevent transmission of HIV, other sexually transmitted diseases and pregnancy
Advertisement
<< Wind Turbines Cause No Negative Impact: Australian Study
Research: Digital Embryo Gains Wings >>