Wide Variation in Cesarean Delivery Rates Observed in US Hospitals 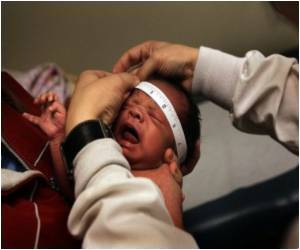 Hospital cesarean delivery rates were noted to be varying in the hospitals in US, reported by the researchers at the University of Minnesota's School of Public Health.

To arrive at their results, School of Public Health researchers examined hospital discharge data from a representative sample of 593 hospitals with at least 100 births in 2009.


Cesarean delivery is an important, potentially lifesaving, medical procedure and some variance in hospital rates would be expected based on differences in patient characteristics. In order to address this, researchers also examined cesarean rates among a subgroup of lower-risk patients: mothers whose pregnancies were not preterm, breech, or multiple gestation and who had no history of cesarean delivery.
Advertisement
Among this group of women with lower-risk pregnancies, in which more limited variation might be expected, hospital cesarean rates varied fifteenfold, from 2.4 percent to 36.5 percent.

"We were surprised to find greater variation in hospital cesarean rates among lower-risk women. The variations we uncovered were striking in their magnitude, and were not explained by hospital size, geographic location, or teaching status," said lead author Katy B. Kozhimannil, Ph.D., assistant professor in the University of Minnesota School of Public Health. "The scale of this variation signals potential quality issues that should be quite alarming to women, clinicians, hospitals and policymakers."

Childbirth is the most common and most costly reason for hospitalization in the United States. Cesarean births are more expensive than vaginal deliveries, and cesarean rates have increased from 20.7% in 1996 to 32.8% in 2011. Nearly half of all U.S. births are financed by state Medicaid programs. In 2009 alone, public insurance programs paid out more than $3 billion for cesarean deliveries.

"Cesarean deliveries save lives, and every woman who needs one should have one," said Kozhimannil. "The scope of variation in the use of this procedure, especially among low-risk women, is concerning, as its use also carries known risks compared to vaginal delivery such as higher rates of infection and re-hospitalization, more painful recovery, breastfeeding challenges, and complications in future pregnancies."

First, women need to be offered the right care for their own pregnancies. Evidence from earlier studies shows women with healthy pregnancies benefit from care provided by midwives, support from trained doulas, and access to care in licensed birth centers. Women with low-risk pregnancies should have access to care options that may benefit them, with strong referral systems and specialized care for complications that may arise.

More and better data on the quality of maternity care are needed to support the rapidly advancing clinical evidence base in obstetrics. Clinicians and hospitals cannot improve maternity care, and insurers cannot pay for such improvements, without clear and consistent measures of quality.

Around-the-clock Labor Coverage Decreased the Odds of Cesarean Delivery
In a study, researchers will report findings that suggest around-the-clock labor and delivery ......