Why Women Respond Differently Than Men? 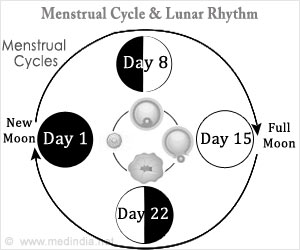 Women have sometimes reported to doctors that their memory works differently depending on which phase of the menstrual cycle they are in - even during and following pregnancy, or following menopause.

The hormonal changes women experience throughout their menstrual cycles may have a significant effect on how they approach and solve problems, a new study has found.

It debunks the theory that male male baboons prefer females with bigger backsides because the latter was believed to have the capacity to bear more children.
Advertisement
‘Rather than impairing memory in general, oestrogen and progesterone may instead cause the brain to favour one memory system or strategy over another.’
Tweet it Now

Scientists from the Concordia University in Canada analysed whether oestrogen and progesterone could affect memory and problem solving.


"Our research shows that, rather than impairing memory in general, oestrogen and progesterone may instead cause the brain to favour one memory system or strategy over another," said psychology professor Wayne Brake from Concordia University.

Girls who ate red meat started their periods earlier than those who didn't, while the ones who consumed fatty fish started their menstrual cycles much later.
Advertisement
For the study, researchers tested 45 women who had regular menstrual cycles. First, participants responded to a 'hormonal profile' questionnaire that gathered detailed information on their periods, past pregnancies, contraceptive and synthetic hormone intake history and general life habits.

The participants were then given a verbal memory task, such as remembering a list of words, as well as a virtual navigation task, such as finding their way through a maze in a video game, that could be solved in several ways.

The result shows that women who were ovulating performed better on the verbal memory task. On the other hand, women tested in their pre-menstrual phase were better at solving spatial navigation tasks.

That proves that women tend to use different strategies to solve tasks, such as navigating a maze or remembering list of words, depending on where they are in the menstrual cycle.

Essentially, the study shows that the hormonal changes women experience throughout their cycles have a broader impact than previously believed, and have significant effects on how women approach and solve problems.

"This is important scientifically. We and others have previously shown that the levels of oestrogen and progesterone in rodents influence different brain regions, affecting various memory systems involved in task-solving," Brake said.

"Traditionally, researchers and scientists have relied on using male participants and male rats in studies to develop drugs and treatments for the general population. But we now know that women respond differently than men," said lead author Dema Hussain from Concordia.

Women who began having menstrual cycles at a younger age are at greater risk of developing gestational diabetes, a disease affecting up to 7% of pregnant women.
Advertisement

This is Why Migraine Worsens in Women Approaching Menopausal Age

The risk of migraine is most apparent in women during the later stage of perimenopause. This is a time when they first begin skipping their menstrual cycles and experience low levels of estrogen.