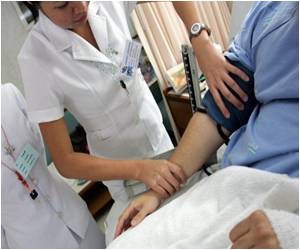 New research shows that there are no significant differences in the incidence or severity of atherosclerotic disease (narrowing of the arteries with fatty deposits) between ancient and modern Egyptians.

It shows that atherosclerosis is not just a disease of modern times. The research is by Dr Adel Allam, Al-Azhar University, Cairo, Egypt, and Professor Jagat Narula, Editor-in-Chief of Global Heart and Icahn School of Medicine at Mount Sinai, New York, USA, and colleagues from the HORUS team of investigators and got published in Global Heart (the journal of the World Heart Federation).

The significance of heredity for common forms of atherosclerotic disease was mapped by researchers at Lund University in Sweden.

While the HORUS team has previously reported atherosclerotic vascular calcifications on computed tomography (CT) scans in ancient Egyptians, the purpose of this new study was to compare patterns and demographic characteristics of this disease among Egyptians from both ancient and modern eras. The authors compared the presence and extent of vascular calcifications from whole-body CT scans performed on 178 modern Egyptians from Cairo undergoing positron emission tomography (PET)/CT for cancer staging to CT scans of 76 Egyptian mummies (3100 BCE to 364 CE). Patients undergoing cancer staging were selected for the study because these scans had already been completed for this group of patients as part of their cancer care.


The mean age of the modern Egyptian group was 52 years (range 14 to 84) versus estimated age at death of ancient Egyptian mummies 36 years (range 4 to 60). Vascular calcification (evidence of atherosclerosis) was detected in 108 of 178 (61%) of modern patients versus 26 of 76 (38%) of mummies, with vascular calcifications on CT strongly correlated to age in both groups. In addition, the severity of disease by number of involved arterial beds (or 'sites') also correlated to age, and there was a very similar pattern between the 2 groups.

Hormones released when a person suffers from stress, emotional shock, or overexertion can lead to development of bacterial biofilms on arterial walls.

However, the authors point out that there is of course more likely to be atherosclerosis in modern patients due to the higher age range. Once all modern patients aged over 60 years were excluded (with 60 years being the oldest age of death in the mummies) there was no significant difference in incidence or severity of atherosclerotic disease between the two groups.

"Atherosclerosis has always been thought of as a disease of modern civilisation that is linked to risk factors such as a diet rich in fat, smoking, lack of exercise, high blood pressure, diabetes and obesity," says Dr Allam. "Although elite ancient Egyptians may have consumed a diet rich in fat, we do not have definite information if diabetes and high blood pressure were present at that time. However multiple other risk factors that are related to the disease were not present during ancient times, for example smoking and lack of exercise. Thus we definitely expected to see more atherosclerotic disease in modern Egyptians compared to ancient Egyptians."

The authors conclude: "Elucidation of risk factors underlying the development and progression of atherosclerosis helps identify effective strategies for the prevention and treatment of this common human disease, atherosclerosis. Our knowledge on risk factor patterns among ancient Egyptians, including associated conditions such as diabetes, abnormal blood fat levels, and high blood pressure, is incomplete. Further studies comparing varying environmental and genetic predispositions to the development of atherosclerosis between ancient and modern Egyptiansare warranted."

Researchers at Georgia Tech have developed a new device that can accurately mimic coronary arteries in the heart.
<< Beijing Court Hears Landmark Case on Gay 'Conversion Therap...
Insomnia can Increase the Risk of Anxiety and Depression in... >>

Loram (2 mg) (Lorazepam) Blood Pressure Calculator Daily Calorie Requirements Accident and Trauma Care Turmeric Powder - Health Benefits, Uses & Side Effects Blood - Sugar Chart Nutam (400mg) (Piracetam) Find a Doctor The Essence of Yoga Drug Side Effects Calculator
This site uses cookies to deliver our services. By using our site, you acknowledge that you have read and understand our Cookie Policy, Privacy Policy, and our Terms of Use