WHO Probe to Examine Handling of Swine Flu Pandemic 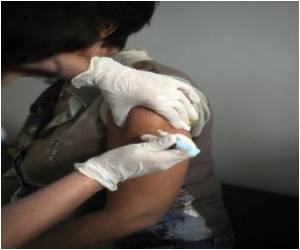 The head of a World Health Organisation panel probing the handling of the flu pandemic said Monday that criticism of the agency's role which emerged last week would be taken up by his review.

Harvey Fineberg, chairman of the WHO's Review Committee of external experts, welcomed the reports published on Friday by the British Medical Journal and a Council of Europe parliamentary committee.

"These reports raise questions about potential, inappropriate influences on WHO decision-making in the assessment and response to the 2009 H1N1 pandemic and, more generally, question practices employed by WHO to guard against conflict of interest among its expert advisers," he said.


"These topics are among those that will be fully considered by our Review Committee," he added in a statement.

The Review Committee is due to hold its second meeting in Geneva from June 30 to July 2.

Is the world in the grip of its first influenza pandemic in forty years? It definitely seems so! The current swine flu or pig flu disaster traces its origin to the badly- hit State of Mexico.
Advertisement
That meeting is due to hear from critics of the WHO as well as decision makers in the public and private sectors who were involved in dealing with swine flu, Fineberg said.

Fineberg, who heads of the Institute of Medicine of the US National Academy of Sciences, chairs the committee of 29 health specialists and officials that met for the first time in April.

It is due to release its findings by the beginning of 2011.

The BMJ report said the WHO's handling of the swine flu pandemic was deeply marred by secrecy and conflict of interest with drug companies.

The report for the Council of Europe's parliamentary assembly lambasted the WHO for lack of transparency, wasting huge sums of public money and provoking "unjustified fears".

At the Review Committee's first hearing, the heads of key panels of external experts advising the WHO on the response to swine flu since April 2009 rejected claims that their bodies had been unduly influenced by drug companies.

The World Health Organisation's handling of the swine flu pandemic was deeply marred by secrecy and conflict of interest with drug companies, a top medical journal said on Friday.
Advertisement
Advertisement