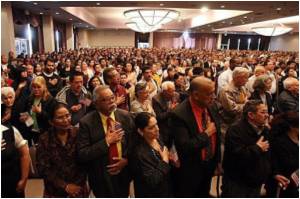 The World Health Organisation chief on Wednesday accused tobacco giant Philip Morris of seeking to "sabotage" a proposed EU measure to clamp down on tobacco industry marketing aimed at women and youngsters.

The planned Tobacco Products Directive, or TPD, is a key piece of EU legislation that health campaigners say would save lives by including large pictorial health warnings on tobacco products, among other measures.

WHO director-general Margaret Chan, speaking to an anti-tobacco conference in New Delhi, said a "massive army" of lobbyists has been deployed to block the bill's passage.


"The most recent example concerns efforts on the part of Philip Morris to sabotage the vote on a strong European directive on tobacco," Chan told the conference, attended by delegates from over 55 countries.
Advertisement
She said the lobbyists were seeking to delay passage until the rotating European Council presidency moves to Greece from Lithuania in January.

This would force the complex process for passage of the measure to start again, anti-tobacco campaigners say.

The European Parliament last week put back the vote until October.

The tobacco industry has lobbied hard to delay the vote in hope it can get changes to the proposals, which highlight the health issues of smoking, especially for women and young adults.

The proposals aim to ban misleading packaging and presentation of tobacco products. Officials have charged that some look like candy packets.

Chan noted Philip Morris is opening a European distribution centre in Greece, whose government has hailed the investment as "important and symbolic".

"Here industry is counting on the historical pattern where economic and commercial interests trump public health concerns," she told the conference hosted by the WHO, India's Health Ministry and the Public Health Foundation of India, an independent think-tank.

Philip Morris said in a statement its lobbying efforts were directed at expressing its views about what it saw as a "deeply flawed proposal", and it followed "best practice."

Anti-tobacco campaigners are increasingly embracing the concept of "tobacco endgames" that would reduce tobacco use to a minimum.

In India, there are 275 million tobacco users and over one million tobacco-related deaths annually, Indian Health Minister Ghulam Nabi Azad told the conference, adding there is an "imperative need" for tobacco control.

Chan said she rejected arguments that strong tobacco controls represent interference of the "nanny state with personal liberties and freedom of choice".

She noted smoking claimed around 100 million lives in the 20th century and is expected to cost a billion lives this century, based on current trends.

"Think of all the lives saved, the suffering averted, if the tobacco industry simply ceased to exist," she said.

EU Health Commissioner Calls on for Stiffer Sanctions Against Food Fraud
The European Union's health commissioner has called for stricter sanctions in order to prevent a ......

'Snus' Fraud Probe: EU Health Commissioner Resigns
After being cited in an EU anti-fraud probe into a tobacco-linked influence-peddling claim, the ......