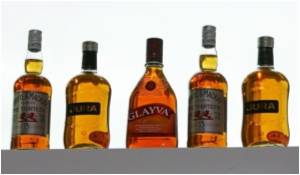 By-products from a Scottish distillery to be converted into fuel for cars. The Tullibardine distillery in Perthshire has linked up with a spin-out company from Napier University in Edinburgh, as they plan to use bacteria to feed on the "leftovers" from the whisky making process, the BBC reported.

This will produce butanol which can be used to fuel vehicles.

More than 90 percent of the stuff that comes out of a whisky distillery is not whisky.


It is leftovers like draff and pot ales - both produced in the early stages of the process.

They are high in sugar and are currently used for things like fertiliser and cattle feed.

The International Conference on Global Warming (GCGW-2012) will be held in Istanbul, Turkey on July 8-12, 2012. Take this quiz to learn what causes global warming, how it can affect your health, and what can be your contribution to contain it.
Advertisement
Napier University's Biofuel Research Centre (BfRC) has already shown that the right bacteria can feed on those by-products to produce butanol - a direct replacement for vehicle fuel.

Together they will apply the process to thousands of tonnes of the distillery's leftovers.

"Our partnership with Tullibardine is an important step in the development of a business which combines two iconic Scottish industries - whisky and renewables," Professor Martin Tangney, founder of Celtic Renewables, said.

"This project demonstrates that innovative use of existing technologies can utilise resources on our doorstep to benefit both the environment and the economy," Tangney said.

The project is being supported by a grant from the Scottish government's Zero Waste Scotland initiative.

Warwick University researchers have come up with biodegradable racing cars with top speeds of 150mph.
Advertisement
<< Financial Burden of Alcohol Addicts may Decrease
Nine Meals a Day may Cut Your Cholesterol >>

More News on:
Bubbles and Brews - Alcohol Facts Diet and Nutrition for Healthy Weight Loss Diabetes Type 2 and Its Link to Sugar-Sweetened Beverages