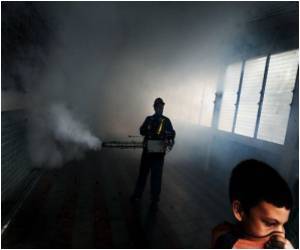 The study, which tracked patients in two Pennsylvania hospitals, found that doctors often use antibiotics to treat patients whose infections are caused by viruses.

The findings are alarming because antibiotics are not effective against viruses, and antibiotic overuse has been linked to the development of resistant bacterial strains.

SARS is a viral respiratory disease caused by SARS-associated coronavirus.
Advertisement
"Recognition of this may be helpful in developing interventions to limit inappropriate antibiotic use in the future," they wrote.

The researchers looked at data on RTI patients admitted to two hospitals over a two-year period.

Of 196 patients who were diagnosed with viral infections, 125 remained on antibiotics after their diagnoses.

It would be understandable to keep a patient on antibiotics if an abnormal chest x-ray suggests a concurrent bacterial infection, the researchers said.

However, only 37pc of these patients had abnormal chest x-rays. "It is less clear why the remaining 63pc of patients with normal chest imaging were prescribed antibiotics," Shiley and his colleagues wrote.

Patients in the study who remained on antibiotics did not benefit from the treatment, the researchers found.

In fact, antibiotics may have led to harm in some cases. For example, a significant number of antibiotic patients developed Clostridium difficile diarrhea, a condition linked with antibiotic use.

The study will be published in the November issue of Infection Control and Hospital Epidemiology.

Hospital-acquired infections and chronic respiratory distress with oxygen dependency among premature infants can be reduced by improving the quality of care with the help of a new method.
Advertisement
Advertisement