What Makes for Happiness? 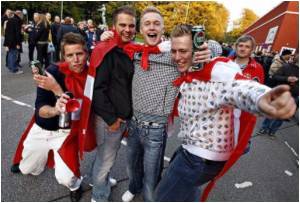 Nostalgic memories about the past could lead to happiness, say researchers at San Francisco State University, who studied personality traits and related happiness levels of 750 volunteers.

People who feel happy about their past experiences usually are outgoing and have a high satisfaction from their past life experiences compared to those with neurotic traits, who are moody, emotionally unstable and fretful and can remember only setbacks in their pasts.

The Science of Happiness

Happiness is pleasure that can aptly be described as a state of content, aided by the absence of gross desire.
Advertisement

According to the study, published in the journal Personality and Individual Differences, it is the outlook and attitude, not experiences and wealth, which bring about happiness in a person's life. In a 2008 study too, that involved 900 pairs of twins, British and Australian researchers found that happiness is partly determined by personality traits and that both personality and happiness are largely hereditary. The researchers had claimed that people who do not excessively worry and who are sociable and conscientious turn out to be happier.


The research team now used a standardized personality test to study the connection between outlook and satisfaction. The 'Big Five' test, as it is known, identified an individual as being extroverted, neurotic, open, conscientious, and agreeable using a scale for each trait.  Each person had to assess how accurately each trait described them on a nine-point scale, nine being extremely accurate.

Is happiness genetic? The happiness genes can be inherited by the children from their parents.
Advertisement
Another interesting part of a personality was also assessed: 'time perspective', explained by Philip Zimbardo, a psychologist in Stanford, identified a person to be past, present or future orientated. This part of the evaluation involved participants viewing the different period in their lives either positively or negatively. In the end the participants were assessed for their overall satisfaction in life.

"Personality traits influence how people look at the past, present and future and it is these different perspectives on time which drive a person's happiness," Prof Howell the study author and a psychologist at San Francisco State University said. He suggests that "savouring" happy memories or "reframing" painful past experiences in a positive light could be effective ways for individuals to increase their life satisfaction.

The study states pragmatically that although personalities cannot be changed, certain traits can be to improve happiness.

Are Menopause Symptoms Troubling You?: Try these Options
View all
News Archive
News Resource
Advertisement
News Category
Monkeypox by Numbers: 5,322 Lab-Confirmed Cases In 53 Countries How to Improve Research on Diet and Dementia New Universal Flu Vaccine Protects against Influenza A Viruses Why Do Astronauts Lose Bone Density? Can Carbon Monoxide Help Fight Inflammation?
More News
Sign up for Wellness Consult a Doctor Sign up for Selfcare