What is the Perfect Diet ? 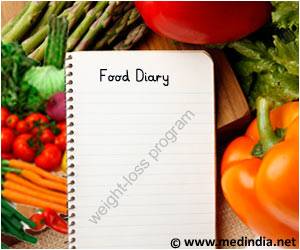 The regime of chomping away to your heart's content one day, and virtually starving yourself the next is the latest diet craze known as "intermittent fasting" or "alternate-day dieting", and devotees insist the pounds just drop off.

The diet soared in popularity after featuring in a BBC2 Horizon documentary a few weeks ago by health journalist Dr Michael Mosley.

Self-Monitoring Of Blood Glucose (SMBG) is one of the greatest advancements in the management of Diabetes.
Advertisement

After a month eating normally five days a week and eating just 600 calories the other two days, Mosley lost nearly a stone, reduced his body fat by about 25 percent and improved his blood sugar and cholesterol levels.


According to scientific data, along with helping to shift pounds, this alternate-day dieting can help us live longer and reduce the risk of diseases such as cancer, diabetes and even Alzheimer's.

Fasting may weaken tumors and help chemotherapy work better, scientists said on Wednesday analyzing early research on mice with cancer.
Advertisement
Now a book on the subject, 'The Alternate Day Diet', is on Amazon's list of best-selling diet books, while on internet forums, fans of the plan are swapping tips for the best low-calorie meals for fast days.

However, the regime has drawn criticism from nutritionists who believe that any weight loss on the diet would not be sustainable - and claim that it could even trigger eating disorders.

"The idea that you have a very restricted diet on your "fast" days and can eat whatever you like on your "feed" days isn't something I'm very comfortable with," the Daily Mail quoted Zoe Harcombe, author of 'The Obesity Epidemic' book, as saying.

"I did this during my late teens and early 20s. It was called bulimia. My biggest concern is that it's an approach that could encourage disordered eating in people who are prone to that sort of behaviour," Harcombe said.

While every dieter will be used to hunger pangs, the side-effects of such extreme calorie restriction can be even more unpleasant.

"The body does its best to get us to eat," Zoe said.

"So if you're only eating a quarter of the calories you need, you can expect to experience symptoms associated with low blood sugar. Anything from feeling light-headed and having shaky hands to feeling irritable and lacking concentration," Harcombe said.

The diet can also cause digestive problems.

Followers of this diet are encouraged to increase their water consumption on low calorie days and if they don't, they can find themselves constipated, with all the associated stomach cramps and bloating. Despite such concerns, many swear by the plan.

Why Do We Eat - Nutrition Facts
News Archive
News Resource
Advertisement
News Category
Tale of Love Hormones Shaping our Responses to Society How to Reduce Needle Anxiety in Children? Tobacco Addiction: Here's How to Break the Habit Parents are 'Winging It' on Their Kids' Mobile Use Ankle and Ankle Movements While Riding an Hoverboard
More News
Sign up for Wellness Consult a Doctor Sign up for Selfcare

Post-Nasal Drip The Essence of Yoga Color Blindness Calculator Accident and Trauma Care Vent Forte (Theophylline) Nutam (400mg) (Piracetam) Noscaphene (Noscapine) Blood Donation - Recipients Indian Medical Journals Drug Side Effects Calculator
This site uses cookies to deliver our services. By using our site, you acknowledge that you have read and understand our Cookie Policy, Privacy Policy, and our Terms of Use