Whales Play a Crucial Role in Boosting Our Ecosystem 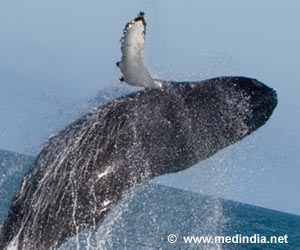 A new study has found that whales play a more crucial and positive role in balancing our ecosystem than initially thought.

Joe Roman from University of Vermont along with a team of biologists tallied several decades of research on whales from around the world, and found that whales have a powerful and positive influence on the function of oceans, global carbon storage, and the health of commercial fisheries.

Roman wrote in the paper that the decline in great whale numbers, estimated to be between 66 to 90 percent, has likely altered the structure and function of the oceans, but recovery was possible and in many cases was already underway.


He added that the continued recovery of great whales may help to buffer marine ecosystems from destabilizing stresses, as they enhance the predictability and stability of marine ecosystems, which may be important as climate change threatens ocean ecosystems with rising temperatures and acidification.

The common type of ocean bacteria is natural source of producing compounds, which are nearly identical to man-made toxic fire retardants, reveals a new study.
Advertisement
Whales like humpbacks, gray whales, sperm whales and other cetaceans, recycle nutrients and enhance primary productivity in areas where they feed by a remarkable process described as a 'whale pump', and even in death, whale carcasses store a remarkable amount of carbon in the deep sea and provide habitat and food for an amazing assortment of creatures that only live on these carcasses, said Roman.

The ten scientists who co-authored the paper concluded that the new observation of whales was likely to provide evidence of undervalued whale ecosystem services, and the area of research would improve estimates of the benefits.

The study is published in the online edition of Frontiers in Ecology and the Environment.