Waiting can Increase Your Patience, Study 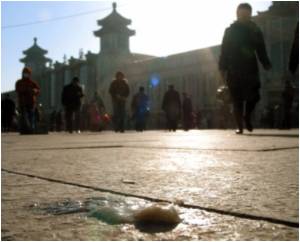 According to a recent study by Ayelet Fishbach, Jeffrey Breakenridge Keller Professor of Behavioral Science and Marketing at the University of Chicago Booth School of Business, waiting can provide a payoff for consumers by helping them make better decisions.

Here's some useful advice for mums-to-be - patience during stalled labour can avoid childbirths through c-sections, according to a new study.
Advertisement


To test their hypothesis, the two researchers conducted a series of experiments in the U.S., mainland China and Hong Kong.

Researchers contacted members of the third group 27 days later to ask for a decision, at which point the participants, like those in the first group, had to choose between waiting three days or 23 days to potentially receive a prize.

Fishbach and Dai found that in the first group only 31 percent of participants chose to wait for the larger reward. In the second group, that number rose to 56 percent.

But among people in the third group, who had been waiting several weeks to make their choice, 86 percent chose to wait for the larger reward.

The study has been published in the Journal of Organizational Behavior and Human Decision Processes.