Virgin Airlines Employee Sues Company After Getting Sacked For Being Pregnant 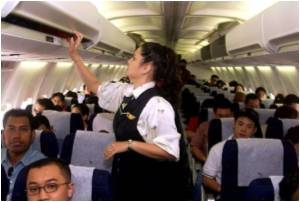 Two women, who were allegedly sacked by their employer Virgin Blue because they were pregnant, have now decided to sue the airline.

According to the Daily Telegraph, both had lost their positions in the public affairs department in the same week.

Researchers have said that even in today's times, gender discrimination at workplace is very much alive and kicking.
Advertisement

The two women, who had 16 years of service to Virgin Blue between them, claim they were forced into redundancy in mid-2010 without any consultation.


One of the women, who asked not to be named, was told there were no suitable positions that would suit her "specialist skills" after nine years service with the airline.

Gender and Age Discrimination Faced By 50-plus Brit Women

A new study has revealed that 80 percent of 50-plus British women believe their age has prevented them finding work.
Advertisement
She had previously taken 12 months maternity leave in 2005 following the birth of her first child.

After this she was then requested to take the rest of employed for seven years with the company, returned to work on a part-time basis following 18 months of maternity leave.

She was asked by her employer to increase her position to full-time two months later and accepted.

She says two months later, she was told her position was no longer required, despite Virgin Blue advertising and recruiting for the same position following the redundancies.

A Virgin Blue spokeswoman has said the company completely rejects the allegations.

"Virgin Blue is an industry leader in supporting working mothers," News.com.au quoted her as saying.

More than half of the airline's workforce was female and 28 percent of the total workforce had flexible arrangements in the last 12 months.

"We are one of the only companies in Australia with 50 percent female representation in our executive team," she added.

Both women will commence legal action in the Federal Court next week against their former employer, claiming their lives and careers were seriously disrupted by Virgin Blue's behaviour.