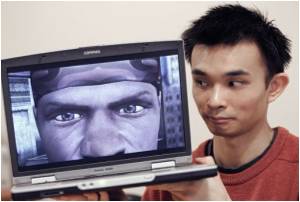 A new study has found that playing video games that feature human-like characters was more likely to provoke violent thoughts and aggression compared to playing games where you have to fight against monstrous creatures.

"It's important to think in terms of risk factors," Kirstie Farrar, associate professor of communication at University of Connecticut and the lead researcher on the study said.

"The research clearly suggests that, among other risk factors, exposure to violent video games can lead to aggression and other potentially harmful effects," Farrar said.


In the study, 148 participants played the first-person shooter Quake 3 Revolution, in which the gamer battles onscreen opponents whose appearance can range from human-like to completely non-human, such as a giant floating eyeball.
Advertisement
Farrar and colleague Rory McGloin, an assistant professor-in-residence, along with Wake Forest professor Marina Krcmar, a former UConn faculty member, then used a series of tests to measure participants' levels of verbal, cognitive, and physical aggression.

Participants who battled what they perceived as human-looking characters in the game were more likely to have aggressive thoughts and words than those who had shot down monstrous nonhuman characters.

"The more human players perceived the aggressive targets to be, the more verbally aggressive they were and the more violent words they generated," the study said.

The study is published in the journal Mass Communication and Society.