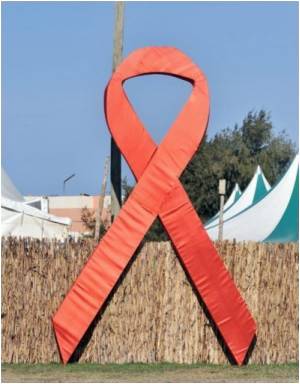 Scientists reported a major stride towards a vaginal gel that can thwart HIV, a goal that would be of huge benefit to African women bearing the brunt of the AIDS pandemic.

A prototype cream tested in South Africa curbed the risk of infection by the human immunodeficiency virus (HIV) by 39 percent overall, but by 54 percent among those women who used it most consistently, they said. 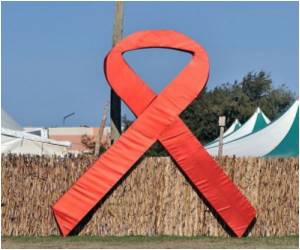 A giant AIDS symbol is seen in Dakar in 2008 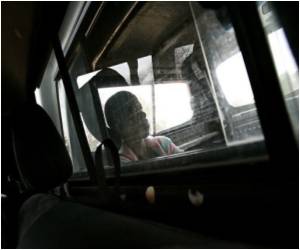 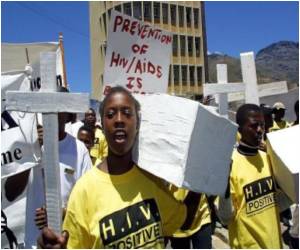 AIDS activists protest in the streets of Cape Town 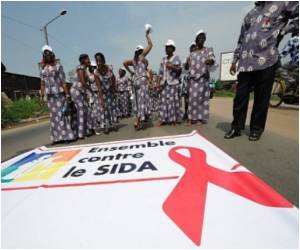 Women activists stand in front of a banner, reading: "Together Against AIDS," during a rally in 2008 in Abidjan

The study coincided with the six-day 18th International AIDS Conference in Vienna, where leading campaigners responded with cheers leavened with some caution.


A wider trial has to be completed to scrutinise the gel for safety and efficacy, and several important questions must be answered.

Even so, this is a bright ray of hope, the scientists said.

Leading figures in the fight against AIDS applauded loudly, but also sounded a note of prudence.

"We are giving hope to women. For the first time we have seen results for a woman-initiated and -controlled HIV prevention option," said Michel Sidibe, executive director of the UN agency UNAIDS.

"If confirmed, a microbicide will be a powerful option for the prevention revolution and help us to break the trajectory of the AIDS epidemic."

The World Health Organisation (WHO) chief Margaret Chan vowed the UN agency would work hard to speed up access to the product, once it is proven to be safe and effective.

Twenty-five million people have been slain by AIDS today and more than 33 million others today are infected by HIV, which causes the disease.

More than two-thirds of these live in sub-Saharan Africa, where 60 percent of new infections occur among women and girls.

One of the big vectors of transmission is through coercive intercourse by an infected partner who is unwilling to wear a condom.

The gel that was tested contains a one-percent formulation of tenofovir. It is a frontline component in the "cocktail" of antiretroviral drugs that disrupt HIV reproduction in immune cells.

Previous microbicides that have been tested have not contained an antiretroviral, and have had either a very low level of protection or even boosted the risk of infection.

Over nearly three years, the gel was tested among 445 HIV-negative women, while 444 counterparts received a harmless lookalike called a placebo.

They were then tested for HIV at monthly follow-up visits, where they were also given counselling in safe sex, access to condoms and treatment for sexually-transmitted disease.

Each participant was asked to insert, using a vaginal applicator, a first dose of the gel within 12 hours before sex followed by a second dose as soon as possible but within 12 hours afterwards, said co-leader Quarraisha Abdool Karim, also of the Centre for the AIDS Programme of Research in South Africa (CAPRISA) in Durban.

Thirty-eight women in the gel group became infected with HIV, compared with 60 in the placebo group.

In statistical terms, the gel reduced the risk of HIV infection by 39 percent overall, but by 54 percent among women who adhered to the instructions most faithfully.

There was no increase in side effects, nor -- among women who became infected with HIV -- any sign that they were more resistant to tenofovir as a result of the gel.

In addition, the microbicide halved the risk of herpes simplex virus type 2, or HSV-2, a lifelong and incurable infection, according to the results.

Despite this good news, the scientists said they still had to tackle several important issues.

One is why the gel seemed to be less effective against HIV after about 18 months.

This may be due to weakened adherence to the cream, they suggested. About 40 percent of the women in the trial used the microbicide less than one time out of two.

The study, published by the US journal, Science, was to be the focus of a seminar on Wednesday, the third day of the world AIDS forum.

If -- eventually -- the gel is approved for use, it will join a small but growing arsenal of preventative tools against HIV.

For a long time, the condom was the only method that had a confirmed high degree of protection from HIV in intercourse.

Four years ago, it was joined by male circumcision. Removal of the foreskin, which contains cells that are vulnerable to penetration by HIV, can reduce HIV risk by more than half, but only for men and not for women, field studies found.

Jean-François Delfraissy, executive director of France's National Agency for AIDS Research (ANRS), said the CAPRISA work was "one of the greatest (medical) trials in the history of HIV".

Even with this success, there remained no "magic bullet" on prevention, but a panoply of methods that had to work together, he told AFP.

Animation on how to use Female condom and its advantages.
<< UN Sees Drastic Rise in Patients on HIV Drugs
Social Networking Distracting Children from Studies, Say Aus... >>

Everything You Need to Know about Vaginal Health

More News on:
Hormone Replacement Therapy Uterine Cancer Everything You Need to Know about Vaginal Health