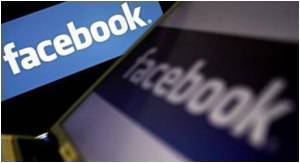 A Kentucky women is sent to jail for two days and forced her off the social networking site because of her 'LOL' comment on facebook about an alleged drunk driving accident.

US police officials have alleged that Paula Asher slammed into a car carrying four teenagers in Woodford County, Kentucky in July and left the scene.

One in nine adults admit to checking Facebook over 20 times a day, reveals survey.
Advertisement

Following the incident, Asher had written, "My dumb bass got a DUI and I hit a car...LOL" on Facebook. "LOL" is an abbreviation for "laughing out loud," ABC News reports.


According to the report, Asher received four charges stemming from the incident, including leaving the scene of accident, driving under influence of alcohol, and possession of a controlled substance.

Social Apps Linked With Facebook Could be Tracking Your Whole Life

Social applications available on Facebook could be tracking yours as well as your friends' whole life, a privacy protection agency warned.
Advertisement
When Asher initially appeared in court after the July 20 accident, she was ordered to delete her Facebook account. However, she was further charged with contempt of court after a judge learned that her Facebook page was still active.

When she returned to court on September 10, she clarified that she has now shut down her Facebook page.

Asher later claimed that she was not trying to make light of the accident on Facebook, and she's surprised a brief comment would land her behind bars.

"I didn't think LOL would put me in jail," she said.

The potential dangers of Facebook and the internet are to be taught in schools in the United Kingdom in the coming months.
Advertisement
<< Turn Your Car into Mobile Cinema
Morocco's Tourism Suffers a Setback >>