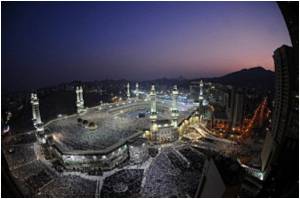 Marrakesh has developed over the years as a chic tourist destination drawing in the world's rich and famous with its labyrinthine souks, palm-fringed palaces and Islamic heritage.

But 18 months after a terrorist attack struck at the heart of Morocco's ochre city, the number of visitors continues to fall.

Down a narrow alleyway in a hidden corner of the medina, Riad Karmela is one of many exquisitely restored houses in the old city whose leafy courtyards, dripping pools and roof terraces offer luxurious relaxation in the fabled former capital.


"Business has been going down every year since we opened in 2006," says Joel Castrec, the French owner, who moved to Marrakesh after running hotels in Paris and London.

A call for the legalization of abortion in Morocco to end the 'real tragedy' of illegal terminations in the north African country was launched at a conference in the Moroccan capital Rabat.
Advertisement
"There were simply too many riads. Many people were opening four or five bedroom guest houses. But I'd say most of them didn't know what they were doing. Then we had the economic crisis and the attack last year," he adds.

The April 28 bomb that tore through the Cafe Argana in the Jamaa el-Fna, Marrakesh's famed central square, killed 17 people, mostly foreign tourists, including from France, Britain, Canada, Portugal and Switzerland.

It was the deadliest bombing in the North African country since attacks in the coastal city of Casablanca in 2003 killed 33 people and 12 bombers.

Some argue the tragedy only seriously affected Marrakesh for about three months, after which business rebounded quickly.

Certainly it has done nothing to stop a string of super-luxury hotels opening this year, from the Palais Namaskar, with its copious waterways and marble arches, to the Selman, which boasts its own collection of Arabian thoroughbreds.

Whether they will inspire an influx of profligate visitors remains unclear.

But as Marrakesh gears up for the new holiday season, which kicks off in the coming weeks as the sweltering heat starts to abate, hoteliers at the country's top tourist destination are desperately hoping for a revival in their fortunes.

And so too is the government. Tourism is one of the pillars of the economy, especially crucial this year after drought badly affected agricultural output, and with remittances from Moroccans working abroad also down.

But the signs are not good.

The Marrakesh Regional Tourism Council said last month that arrivals in the first half of 2012 dropped by 4.0 percent on the previous period, with hotel occupancy and overnight stays falling 2.0 and 6.0 percent respectively.

Europeans, traditionally the mainstay of Morocco's tourism industry, accounted for the sharpest drop in arrivals, down 12 percent.

Nureldin, a 60-year-old Spanish convert to Islam, owns a small riad in the medina, which he asks not to be named, whose guests come mostly from Spain.

"This year has been a catastrophe. It's been empty," he says.

"Autumn brings better weather. But with the crisis in Europe we don't know where our clients will come from. People are just spending less," he laments, adding that he has slashed his prices from around 120 euros per night to 80 euros (from about $155 to $100).

James Wix, a Briton who opened the upscale Riad Farnatchi eight years ago, agrees the eurozone crisis, along with the Arab Spring and the Marrakesh bombing created a toxic combination of disincentives for potential visitors.

"But it looks like things are picking up for us now," he tells AFP.

In the nearby Jamaa el-Fna, musicians bang their drums amid a cacophony of trilling pipes, as snake charmers pose for the cameras and a Barbary ape sits impassively in the shade, held on a lead by its owner.

The stunning 12-century Koutoubia minaret, which rises 69 metres (226 feet) above the square, testifies to the wealth and power the city once knew, built at a time when Moroccan rule extended across most of Spain and to Tripoli in the east.

But on an afternoon in mid-September, the plaza is largely empty of foreigners.

Standing at a juice bar just opposite the Argana cafe, currently being rebuilt and hidden under scaffolding canvas cover, a young Scottish couple are enjoying freshly squeezed fruit cocktails, during their five-day visit.

"You do get a wee bit of hassle... But I wouldn't have any problem walking home alone at night," she adds with a smile.

Young men and women in search of lifetime partners in Morocco increasingly head for the souk, in this case a cyber marriage souk.
Advertisement
<< US Woman Lands in Jail for Facebook Comment 'LOL'
'Peace Corps' Launched by EU >>

Medical Tourism-The Road Ahead
News Archive
News Resource
Advertisement
News Category
How to Reduce Needle Anxiety in Children? Tobacco Addiction: Here's How to Break the Habit Parents are 'Winging It' on Their Kids' Mobile Use Ankle and Ankle Movements While Riding an Hoverboard Is It Healthy to Let Your Mind Wander?
More News
Sign up for Wellness Consult a Doctor Sign up for Selfcare