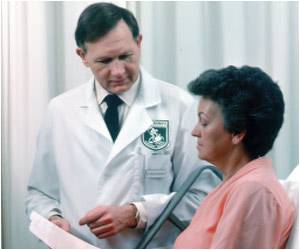 A study found that US hospitals face a disincentive to improve care because they make drastically more money when surgery goes wrong than when a patient is discharged with no complications.

An estimated $400 billion is spent on surgery in the United States every year.


Privately insured patients with complications provide hospitals with a 330 percent higher profit margin than those whose surgeries went smoothly, the study published in the Journal of the American Medical Association found.
Advertisement
Patients whose bills are paid by Medicare -- a government insurance plan for the elderly and disabled -- produced a 190 percent higher profit margin when complications arose following surgery.

"It's been known that hospitals are not rewarded for quality," said study author Atul Gawande, a professor at the Harvard School of Public Health and director of Ariadne Labs.

"But it hadn't been recognized exactly how much more money they make when harm is done."

While effective methods to reduce complications have been identified by researchers, the authors said that hospitals have been slow to implement them.

"This is clear indication that health care payment reform is necessary," Gawande added. "Hospitals should gain, not lose, financially from reducing harm."

The researchers analyzed data from 34,256 surgical inpatients discharged in 2010 from a non-profit, 12-hospital system in the southern United States. A total of 1,820 procedures were identified with at least one complication.

Conversely, profit margins were significantly lower when complications arouse with patients who paid out of pocket or through the government-funded Medicaid program to assist low-income children and adults.

That means that while so-called "safety-net" hospitals which primarily treat patients who are either uninsured or covered by Medicaid, reducing complications could improve financial performance.

But most hospitals would see their financial performance hurt if they reduced complications.

Source: AFP
Advertisement
<< Playing Music to Premature Babies Improves Breathing and Sle...
Hospitals Keep Both Patients and Providers Blind to the Cos... >>

Insufficient Use of Hypothermia in Cardiac Arrest Treatment in US Hospitals
Despite evidence of therapeutic hypothermia to ease mortality and improve neurologic outcomes after ...

US Hospitals Implement Biometrics Technology to Avoid Health Insurance Fraud
Hospitals across the US are implementing high-tech biometrics technology to prevent insurance fraud ...

Medicine Shortages Could Prove Costly in US Hospitals
More and more hospitals across the United States are experiencing shortages of medicines...