US Court Battle Gets Bigger Over Morning-after Pill 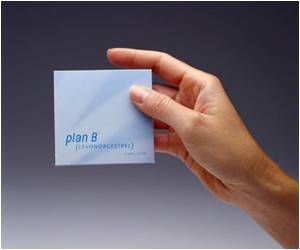 Women's health advocates are threatening to sue the US government for allegedly violating the constitutional rights of young teens by denying them over-the-counter access to emergency contraception.

The suit is a new escalation in the decade-long battle over whether young teens should be able to get the morning-after pill without seeing a doctor first, and comes a week after the US government blocked access without a prescription to those under 17.

Women's health groups have been urging the Food and Drug Administration to make emergency contraception more widely available to girls by filing a citizen's petition asking the regulator to remove prescription requirements.


A federal judge in Brooklyn held a hearing on the matter Tuesday and ruled that the Center for Reproductive Rights no longer had any standing to hold the FDA in contempt for ignoring a 2001 petition, because the FDA had answered at the last minute late Monday, saying it needed more data.

A birth control patch is a new method of contraception for women for once weekly external application and contains both estrogen and progesterone.
Advertisement
However, Judge Edward Korman, who has sided with women's groups in the past, urged them to reopen a 2005 lawsuit that alleges the FDA is violating women's rights and exceeding its own authority in an "arbitrary and capricious" way.

"This fight is far from over. We intend to take every legal step necessary to hold the FDA and this administration accountable for its extraordinary actions to block women from safe, effective emergency contraception," said Nancy Northup, president of the Center for Reproductive Rights.

This time, the suit will add Department of Health and Human Services (HHS) Secretary Kathleen Sebelius as a defendant because she stepped in last week to block the FDA from allowing over-the-counter access to anyone age 12-16, Northup said.

A drug called Plan B One-Step made by Teva Pharmaceuticals has been available at pharmacy counters without a prescription to women 17 and older since 2009, but younger girls must see a doctor first to obtain a prescription.

The pill contains levonorgestrel, found in many types of birth control, but at a higher dose that can prevent fertilization or may stop a fertilized egg from implanting in the uterus, thus preventing pregnancy if taken within 72 hours of unprotected sex.

After an appeal by the drug-maker to remove prescription requirements, the FDA said it was poised to allow the switch to over-the-counter status but was overruled at the last minute by Sebelius.

Women's health advocates argue that US regulators have placed politics above science by restricting access to the morning-after pill. Opponents say there is scant evidence that young teens are mature enough to use it properly.

President Barack Obama angered many in his liberal base when he backed Sebelius's decision, essentially siding with conservative groups.

"As the father of two daughters, I think it is important for us to make sure that we apply some common sense to various rules when it comes to over-the-counter medicine," Obama said on Thursday.

In a sign of increasing political discontent over the matter, 14 US senators on Tuesday sent a letter to Sebelius demanding that she "provide the scientific basis behind her decision."

"We ask that you share with us your specific rationale and the scientific data you relied on for the decision to overrule the FDA recommendation," said the letter, signed by 13 Democrats and one independent.

"On behalf of the millions of women we represent, we want to be assured that this and future decisions affecting women's health will be based on medical and scientific evidence."