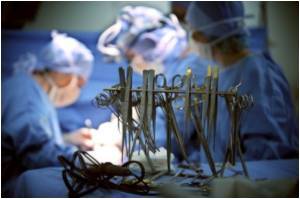 An analysis by UPMC and University of Pittsburgh School of Medicine physicians that is now in the online version of the American Journal of Transplantation reveals that more than twice as many lungs and nearly 50 percent more kidneys could be recovered for transplant operations if intensive care physicians were to work with organ procurement organization (OPO) coordinators to monitor and manage donor bodies after brain death has occurred.

After a patient who has consented to be an organ donor is declared brain dead, an OPO coordinator takes over medical management and intensive care unit (ICU) physicians typically are no longer involved, explained lead author Kai Singbartl, M.D., assistant professor of critical care medicine at the University of Pittsburgh School of Medicine and a UPMC intensivist. The OPO coordinators follow established protocols to maintain tissues and organs for eventual transplant.

"Our analysis shows an intensivist at the donor's bedside who aids and advises the OPO coordinator can result in a greater likelihood of recovering organs that are deemed acceptable for transplant, which would mean that each donor could help us save more lives, " he said. "The gap between the number of people on waiting lists and the number of available organs is growing, so measures that increase the pool of organs are very much needed."


In 2008, UPMC Presbyterian implemented an intensivist-led organ donor support team (ODST) approach in which after a potential organ donor was declared brain dead, one of six dedicated intensivists, who did not provide care for the donor prior to death, joined the OPO coordinator at the bedside. Standard protocols were supported by physician interventions, such as adjustments to optimize oxygenation and meticulously balance blood pressure and flow, fluids and other bodily functions to optimize the likelihood of sustaining as many organs as possible for transplant.

Encyclopedia section of medindia gives general info about Cord Blood
Advertisement
"We would care for donors for a few hours or up to a day, depending on medical needs and other factors," Dr. Singbartl said. "The number of donors in our study is not large enough to determine whether a particular medical intervention played a key role, but it's very clear from our experience that this team approach did make a difference."

"Conversion of medically unsuitable donors into actual donors, better resuscitation of unstable donors, optimization of organ function, and improved communication between OPO staff, ICU team and transplant surgeons" or the combination of these factors likely contributed to success and should be further evaluated, the researchers said.