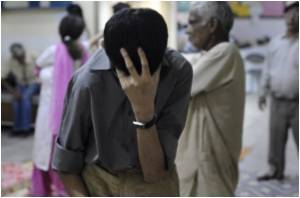 Uttar Pradesh has waived the admission fee of Rs. 35 for out-patients in all government hospitals with effect from Thursday.

The orders in this regard were issued by Chief Minister Akhilesh Yadav Wednesday and were to be implemented with immediate effect. However, it would practically be enforced from Thursday across the state, a health official told IANS.

The Supreme court gave big private hospitals two weeks to come up with a comprehensive plan to give the poor and middle class people free, effective treatment.
Advertisement

Besides this, the ambulance service has also been made free for the poor, pregnant women and children, officials added.


Announcing the benefits, the chief minister said that he was happy to have fulfilled the promise of free healthcare to the poor made in the Samajwadi Party (SP) election manifesto.

Dr. Subramaniam, Chief Cardiologist at Frontier Lifeline, explains how a workplace is the ideal setting to inculcate in people ideal behaviour for the well being of their heart.
Advertisement
Yadav added that now the government would focus on cleanliness and adequate supplies of medicines and equipment in hospitals.

The government is also considering to open a paramedical college in Uttar Pradesh to bridge the shortage of paramedics in the state, officials said.

Test your Knowledge on Heart Transplantation
View all
News Archive
News Resource
Advertisement
News Category
Can you Consult a Dermatologist for Monkeypox? What Does 'Overlapping Surgery' Mean? Job Problems More Likely to Increase Physician Suicide Woman With Two Uteruses Successfully Treated Through Laparoscopic Surgery Do Doctors and Nurses Need to Nap During Night Shifts?
More News
Sign up for Wellness Consult a Doctor Sign up for Selfcare

Noscaphene (Noscapine) Daily Calorie Requirements Calculate Ideal Weight for Infants The Essence of Yoga Find a Hospital Selfie Addiction Calculator How to Reduce School Bag Weight - Simple Tips Turmeric Powder - Health Benefits, Uses & Side Effects Sinopril (2mg) (Lacidipine) Indian Medical Journals
This site uses cookies to deliver our services. By using our site, you acknowledge that you have read and understand our Cookie Policy, Privacy Policy, and our Terms of Use