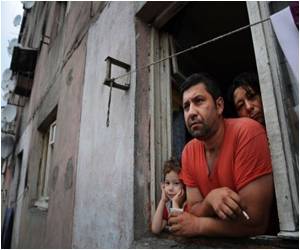 The male population who have dependent children and whose spouses or partners died from cancer are an overlooked population.

Faculty in the UNC Department of Psychiatry report on a successful pilot peer support program called "Single Fathers Due to Cancer" they created to help these men. The program is the first of its kind in the United States.


They describe the program's development so that other institutions may develop similar initiatives and that further studies can be done. The report was published in the April issue of Clinical Journal of Oncology Nursing.
Advertisement
Donald Rosenstein, MD, director of the UNC Comprehensive Cancer Support Program, and study co-author, says, "The experiences of the current support group illustrate that men in crisis, when given a safe and supportive environment, express deep emotions, establish psychological bonds with other men, and use those connections and encouragement for healing."

The group grew out of the authors' work with young mothers who were dying of cancer and their families. During the counseling sessions mothers expressed concerns about how their husbands and children were coping with their terminal illness and would cope after their death.

Justin Yopp, PhD, Assistant Professor in the Department of Psychiatry and member of the Comprehensive Cancer Support Program, and study co-author, explains, "We looked for resources specifically for surviving husbands, but found none. We held a focus group to get a better understanding of the challenges these fathers faced and whether a support group might help.

"A central theme from this focus group was the feeling of profound aloneness as a parent that extended beyond the loss of a spouse, and the men shared a sense of 'being in this alone' with no viable road map or peers who could understand their struggles."

A model for the support group was developed and a time-limited intervention planned with Drs. Rosenstein and Yopp serving as co-facilitators. Childcare was provided as well as meals since the meetings were held in the early evening to not interrupt bedtimes.

Dr. Yopp adds, "The fathers appreciate the chance to talk with each other and share advice and feedback. The group format offers what neither individual therapy nor talking with family and friends can: a forum to discuss and process their experiences with others who could identify with what they were going through."

The authors suggest several possible areas of study for such groups. They share a "vision that the experiences and information shared will spur the development of peer support groups at other cancer centers and medical facilities."

Man Who Sold Bones Illegally Has Bone Cancer
A 49-year old man who was sentenced to a jail term for illegal sale of human bones is suffering ......

Research Sheds Light on The Metabolic Weathervane of Cancer
TRAP1 protein has been identified as a potential target for antitumor treatments as it is known for ...

Bowel Cancer Rates on Rise
Among men, bowel cancer rates have increased by 29 percent and among women only by about six ......