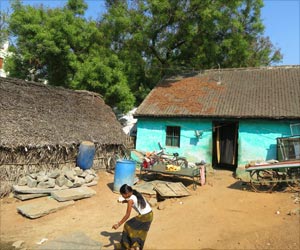 Celebrating various milestones achieved over the last seven decades since it was founded, the Unicef vowed to strengthen its resolve to reach millions of children whose lives and futures are endangered by conflict, crisis, poverty, inequality and discrimination.

During the launch of the 'UNICEF@70' celebrations, Unicef India Representative Louis Georges Arsenault said the organisation's engagement with the Indian government has helped create remarkable progress for children in recent decades.

One in Seven Children Live in Highly Polluted Areas: UNICEF

UNICEF has called for a meeting to restrict use of fossil fuels to give twin benefits of improved health and slower climate change.
Advertisement
‘Sanitation is now a national priority under the Swachh Bharat Mission and Unicef supports the Prime Minister's mission to make India open defecation free by 2019.’

However he added that more than 6 million children in India are still out-of-school, close to 3,200 die every day before reaching the age of five and 39 per cent of children under five are stunted.


"Unicef's journey in India has been a remarkable story of commitment, perseverance and learning that has helped millions of children to realize their dreams for a better future," Arsenault said.

UNICEF Report: Indian Kids are Not Protected from Online Abuse

The offline forms of crime and violence against children are ending new forms of expression in the internet and social media and their effects on children are amplified.
Advertisement
"Today we reaffirm this commitment to work alongside the government and ensure that all children get a fair start in life. It is our joint responsibility that every child is healthy, safe, educated, cared for and protected," he added.

Former Chairperson of National Commission for Protection of Child Rights (NCPCR) Shanta Sinha said one of the major achievements have been the change in mindset of Indian parents who are now sending their children to school.

"Another huge achievement is the amendment to Child Labour Law which earlier allowed children to work in non-hazardous workplaces. But now, it has totally abolished child labour by making sure that no child can work during the school hours," she said.

Renowned Obstetrician and Gynaecologist Somajita Chakraborty said the focus is now on mother-child care as "new-borns still account for 50 per cent of child mortality".

To mark its 70 years, Unicef has published a new book "For Every Child, Hope: UNICEF@70 1946-2016" which captures the organisation's work for children.

Unicef started its journey in India in 1949 and has been working closely with the Indian government's initiatives to ensure that every child "survives and thrives".

In the mid-50s it joined hands with Amul to embark on the journey of White Revolution in India.

In 2009, the enactment of the Right to Free and Compulsory Education Act was a historic moment for every child in this country, which Unicef had actively campaigned for, a statement said.

"Sanitation is now a national priority under the Swachh Bharat Mission and Unicef supports the Prime Minister's mission to make India open defecation free by 2019," it added.

Health Ministry Collaborates With UNICEF for Campaign on Immunisation

The Union Health Ministry of India with UNICEF has launched a communication campaign to enhance the coverage of its Routine Immunisation programme.
Advertisement
<< Adults Who Experienced Childhood Abuse Less Likely to Own H...
Asthmatics can Breath a Little Easier With Drug Subsidies >>