A new study reveals that mothers who gain excessive weight during pregnancy are at increased risk of obesity even after seven years of delivery.


The study found that excessive weight gain during pregnancy has long-term consequences for women who are normal weight or a little overweight before pregnancy.


The study is based on data from 302 African-American or Dominican mothers enrolled in the Columbia Centre for Children's Environmental Health Mothers and Newborns Study in Manhattan and the south Bronx from 1998 to 2013.

Before pregnancy, five percent of the African-American and Dominican women studied were underweight, 53 percent were normal weight, 20 percent overweight, and 22 percent were obese.

Overall, a majority of mothers (64 percent) gained more weight during pregnancy than recommended by the 2009 Institute of Medicine Guidelines (IOM) and 38 percent were obese seven years later, according to the study.

Among mothers who were not obese before pregnancy, mothers with excessive weight gain had a nearly 400 percent increased risk of obesity seven years after giving birth.

"Gestational weight gain greater than the IOM recommendations has long-term implications for weight-related health," said Elizabeth Widen, post-doctoral fellow at the New York Obesity Research Centre in the department of medicine, department of epidemiology, and Institute of Human Nutrition.

"The findings also suggest that normal and modestly overweight women may be more physiologically sensitive to effects of high gestational weight gain and, therefore, need to be further supported to gain weight appropriately during pregnancy," she added.

The findings were published online in the journal American Journal of Clinical Nutrition. 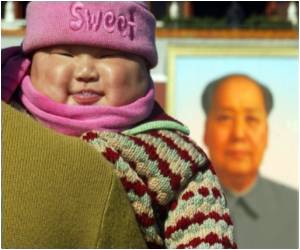 Excessive Pregnancy Weight Gain - Risk Factor for Newborn Obesity
During pregnancy, women who gain too much of weight are at an increased risk of having newborns with high amount of body fat, finds study.
READ MORE

Tips to Lose Pregnancy Weight from 'Yummy Mummy' Book
Nadia Holland now wants to share her secrets with other women through her book after losing more than 70kgs on her way to becoming a yummy mummy.
READ MORE

Trimester of pregnancyPregnancy and ExerciseHome Pregnancy TestPregnancyZone DietPsychological Changes In PregnancyHeight and Weight-KidsDrugs in Pregnancy and LactationBreech Presentation and DeliveryAir travel: To fly or not to fly
Sign up for Wellness Consult a Doctor Sign up for Selfcare