Ukraine Ill-Prepared for Trauma of War 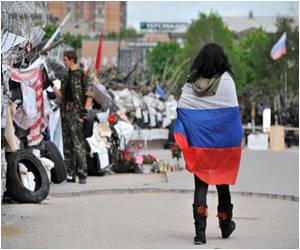 Ukraine is still trapped in a Soviet-era approach to mental health and psychiatric hospitals so under-funded that some have less than 10 cents a day to feed patients.

The country has been left ill-prepared for the trauma of war. As with so many aspects of its sudden descent into conflict, Ukraine has turned to volunteers to help deal with post-traumatic stress among soldiers.


Psychologist Tetyana Nazarenko, who works with a volunteer group, recalls her toughest task to date: dealing with a frontline brigade that had just lost 12 men in a single battle.


The body parts had been gathered in only a few bags and were mixed up with pieces from 13 other soldiers.

"The guys had to go to the morgue and identify their friends from small things -- tattoos, birthmarks -- as best they could," she said.

"Some were left in a terrible depression, others in acute stress."

Another volunteer, Uliana Fedoryachenko, has been helping at the Central Military Hospital in Kiev.

"One man just lay for three months in bed, silently staring. He had no serious injuries -- just shock. I shudder to think what he saw to leave him unable to talk," she said.

Such trauma is common in any country at war.

But for Ukraine, where psychiatric care is hobbled by corruption and antiquated methods, the crisis is acute.

Basic resources such as food, water and electricity are in desperately short supply at hospitals.

"We have a very serious situation with food. There is a budget of only 1.5 hryvnias ($0.09, 0.08 euros) per person per day here," said Semyon Gluzman, one of the country's leading psychiatrists who works at the IP Pavlov hospital in Kiev.

"There is real starvation."

The broader problem, he says, is a Soviet-era approach to psychology in which anyone with trauma or stress is immediately admitted to hospital, when often they just need social care or family comfort.

"It's a very primitive system -- keep invalids out of sight," he said. "Obviously, some people need real psychiatric care in hospital, but most just need support in their ordinary lives, from their families."

"And of course there is so much corruption. People are given any old drug because it's a business. It's a mafiosi structure."

Post-traumatic stress from the war in the east is a time-bomb for Ukraine for which the government is not prepared, he adds, because of this focus on doctors rather than social workers.

"It will be a very serious problem for us in the coming months. When people come back from the war, they drink, and we already have a problem with alcoholism in our culture."

Nazarenko says her group is overwhelmed with cases of alcoholism, sleep and eating disorders and depression among returning soldiers.

Ukraine's lack of experience with war, and its sudden and unexpected onset in April, has made it tough for society to adjust, but she takes a hard-headed view.

"Many are tormented by the people they killed. Our society has to learn to replace the term 'homicide' with 'destroying the enemy'," she said.

"That is correct from the point of view of military psychology. Ukrainians find this difficult to understand because we have never fought."

She says the toll from PTSD may not be as bad as people expect. "We hear about 'Afghanistan syndrome' and 'Vietnam syndrome' but those were completely different situations because the wars were fought on foreign soil and the reasons were not clear."

"Here, we know why we are fighting -- to defend our territory -- so to speak of terrible consequences is still premature."

The United Nations Development Programme is not so confident. It is racing to train social workers and implement systems to help returning soldiers as well as the thousands of civilians fleeing the war zone every day.

"Ukrainian society was not ready for all the trauma of the past year," said Inita Paulovica, deputy representative for the UNDP in Kiev.

"It is going through the five phases of shock. By August, it was still in denial. It is only just reaching anger. There is a long way to go before it reaches acceptance."

A few glimmers of hope make the task for volunteers more bearable.

Fedoriachenko recalls a very young amputee in the military hospital.

"He kept to himself, he never spoke to anyone. But day by day, he got used to me and even began to smile. It was amazing." 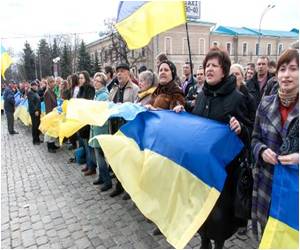 Ukraine's Protest Moves from Barricades to Parliament
In Kiev, when reporter Mustafa Nayem called a protest against then-president Viktor Yanukovych's rejection of a deal with Europe, he sparked a movement that would oust a government and plunge Ukraine into historic change.
READ MORE 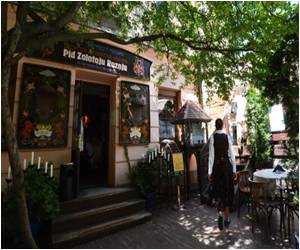 Chaos is Normal at Ukraine-Russia Border Crossing
Chaos is normal at the border post of Izvaryne, one of the main crossing points between Russia and the breakaway eastern region of Lugansk.
READ MORE 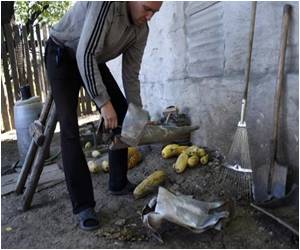 Shells Leave Coal Miners of Ukraine Digging for Survival
Miners spend much of their day clearing gardens of shrapnel, digging up potatoes or chopping wood to prepare for the fast-approaching winter.
READ MORE