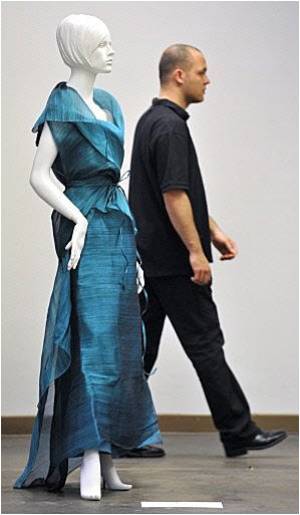 Britain's popular high street stores like Next and Marks and Spencer have begun looking into the working regulations for staff at their Indian outlets following reports of abuse of working conditions.

According to the London Observer investigation, factories were using workers hired through middlemen, and paying them as little as 25 pence an hour, in the case of Gap and Next, and 26 pence an hour for Marks and Spencers.

Models in Malaysia are unable to maintain steady relationships due to their long working hours and jealous partners.
Advertisement

All three firms have reportedly pledged to end the practice of excessive overtime, which is in flagrant breach of the industry's ethical trading initiative (ETI) and Indian labour law.


All three companies told The Observer that they are totally committed to ethical trading and will not tolerate abuses in their supply chain. All said their own auditing processes detected the problems and that they have taken swift action to tackle them.

Changes effected in immigration rules and lowering of working hours for trainees have resulted in a serious shortage of doctors in the UK.
Advertisement
Some workers say they were paid at half the legal overtime rate.

Gap, which uses the same factory as Next, confirmed it had found wage violations and gave its supplier a deadline of midnight last night to repay workers who lost out.

Marks and Spencers said it has yet to see evidence to support the wage claims.

Workers claimed that those who refused to work the extra hours have been told to find new jobs, a practice defined under international law as forced labour and outlawed around the world.

The factory has pledged to apologise and reinstate anyone who lost their job.

Next said it had found the situation to be "deplorable" and added the chairman of the Indian company it uses has apologised and promised to make amends, blaming demand for workers at the forthcoming Commonwealth Games in Delhi for leaving factories short of staff.

Gap admitted wage and overtime violations and ordered its supplier to reduce working hours to within the legal limits and to refund workers who have been illegally underpaid.

Marks and Spencer admitted its supplier had been operating excessive overtime, but said it had acted quickly to tackle the problem.

Risk of Death High for Babies Born Outside Working Hours

Researchers from Cambridge University have found that the risk of death is high in babies who are born outside working hours
Advertisement
Advertisement
This site uses cookies to deliver our services.By using our site, you acknowledge that you have read and understand our Cookie Policy, Privacy Policy, and our Terms of Use  Ok, Got it. Close
×