To date, no studies have analyzed communication on Twitter about mental health, particularly depression and suicide. The patterns of Twitter use revealed by this data analysis suggest that social media could become a very important avenue to get mental health-related public health information to a wide audience.


‘Social media platforms can be used to study public behavioral health issues and this will help in reducing suicide and improve awareness of and access to depression treatment resources.’


Although the literature has identified several factors that help messages successfully resonate and spread on Twitter, this study is one of the first to use an analytic approach to empirically identify periods of heightened interest around a particular topic, because most health-related Twitter studies with an analytic component focus on content analysis.

In this study, ForSight collected data on 176 million tweets from 2011 to 2014 for terms related to depression and suicide. Researchers conducted two types of forecasts using this model. The first was a "day-ahead" forecast using the full 2014 test data. The day-ahead forecasts incorporate all previous realized values of the time series and offer the most precise forecasts based on full information.

Visual inspection strongly suggests that there are four particularly large spikes in tweets evident in the series. Two of them almost certainly indicate temporary heightened interest in behavioral health corresponding to the following national or international events: World Suicide Prevention Day in 2012 and Bell's Let's Talk campaigns in Canada in 2013.

The two other spikes, however, were unrelated to planned campaigns.

The other spikes occurred at the same time as comedian Robin Williams' suicide in the summer of 2014 and on January 23, 2014, associated with the news of entertainer Justin Bieber's DUI (driving under the influence) arrest, in which it was reported he had been using antidepressants recreationally prior to the arrest.

Spikes in tweet volume following a behavioral health event like a mental health institution's planned campaign often last for less than 2 days. Individuals and organizations wanting to disseminate behavioral health messages on Twitter to respond to heightened periods of interest may want to take into account this limited time frame. Tweet volume following expected increases fell back to the predicted level more rapidly than those following unexpected events.

This study shows that comprehensive trend analysis of social media is an important research area that can be extended to almost any health condition. Monitoring the online health discussion in this manner offers valuable insights into public health conditions that are not typically available through more traditional methods.

"This works represents an exciting new way to study public behavioral health issues. Leveraging the power of Twitter and other "big data" allows us to formulate new responses to mental health issues that concern the public. With time, we hope that this new tool will help in reducing suicide and improve awareness of and access to depression treatment resources."

Twitter is a Useful Resource for Information During Epidemics: Columbia University
Tweets regarding the Ebola outbreak in West Africa had reached more than 60 million people in three days prior to official announcements of the outbreak.
READ MORE

Twitter May Help Prevent Asthma Emergencies
The power of Big Data from social media and other sources address the problem of anticipating emergency department visits for a chronic condition, asthma.
READ MORE 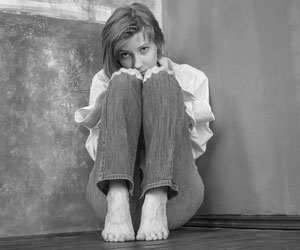 New Insights into Social Anxiety Disorder
Do you 'freeze' in a social awkward situation. Science now has an answer to why it happens.
READ MORE