Trend of Halal Travel Catches on 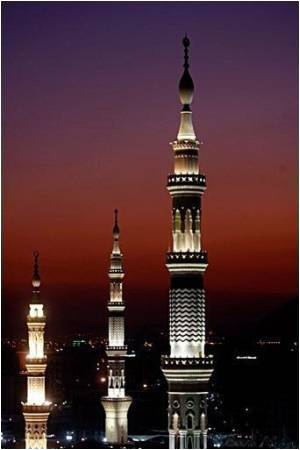 As an upcoming and busy telecom executive, ready-to-eat meals were a must-have in Fazal Bahardeen's luggage.

Many of the hotels he stayed in did not have halal-certified restaurants for Muslim travellers like the 47-year-old Sri Lankan-born Singaporean.

China is to give swine flu vaccinations to 12,700 Muslims making the annual pilgrimage to Mecca, state media reported Thursday, amid health concerns ahead of the three-million-strong hajj.
Advertisement

Rooms lacked markers pointing to Mecca for prayers and staff were unable to answer questions from Muslim guests about their particular needs.


"Half of my life was spent in hotels and airplanes," Fazal told AFP.

"But being a Muslim, I was getting frustrated by the travel industry or the hotels not being able to provide the right services. You don't know what the prayer time is, where the prayer direction is, and you can't find halal food."

Halal travel is expected to be worth 100 billion US dollars annually within two years, said Fazal, who resigned from a senior management job at a major telecom firm in 2006 and set up his own company to tap into the expected boom.

Fazal's Crescentrating Pte Ltd is believed to be the only company in the world that rates hotels globally for their friendliness to Muslim travellers.

Travel commentator Yeoh Siew Hoon told AFP there is a real demand for halal travel, led by tourists from Southeast Asia and the Middle East.

"Take Indonesia -- it is one of the fastest growing outbound markets in Asia, and is the number one source of visitors to Singapore," said Yeoh, who operates an industry website www.webintravel.com.

"Tourism Australia also produces a guide to halal restaurants due to the growing numbers of travellers from Muslim countries," she added.

"A lot of suppliers are now amending their products to meet halal standards," Duffell told AFP.

"It is a trend that started a few years ago. Since then, restaurants and resorts in Singapore, Thailand and Vietnam too have begun adapting their standards, so it's beginning to branch out," he said.

"There are more designated halal restaurants in hotels now, and prayer facilities on the premises, especially at the airports."

Crescentrating's hotel grading system ranges from one to seven and is based on the availability of halal food as well as prayer rooms and mats -- and the non-availability of forbidden items like alcohol and adult TV channels.

A rating of one is given to a hotel with no such facilities but whose employees are trained to answer questions from Muslim guests.

This can be raised a notch if the hotel has a list of halal-certified restaurants in its vicinity -- even if it does not have one itself.

The company's highest ratings, six and seven, require a hotel to be free of alcohol, discos and TV channels showing movies unsuitable for families and children. In addition, all food and beverages must be halal.

Globally, only Dubai's Al Jawhara Garden Hotel has a rating of seven, while three hotels in Saudi Arabia and one in South Africa are rated six.

The halal food industry is worth 600 billion to 650 billion dollars a year, according to Fazal and industry reports.

Islamic finance meanwhile boomed when Muslims began to look for investments approved by their religion, and the sector has attracted non-Muslims too after the global financial crisis.

"The halal consciousness is rapidly going beyond food and finance," said Fazal, arguing that with 1.6 billion increasingly wealthy Muslims worldwide, halal-friendly travel is likely to be the next growth area.

Muslim travellers account for seven to eight percent of global tourism expenditure, which totalled around 930 billion dollars in 2009, up from just three-four percent 10 years ago, Fazal said.

This share is expected to expand to 10 percent in the next two years.

Saudi Arabia is gearing up for a possible outbreak of swine flu among Muslim pilgrims to Mecca after the first case in the holy city was detected in a Malaysian boy, a senior health official said.
Advertisement
<< Anthrax Outbreak Infects 52 in Bangladesh
Virus Could Behave Like a 'Late-life-acting' Biopesticide... >>

The Essence of Yoga Hearing Loss Calculator Drug Side Effects Calculator Sinopril (2mg) (Lacidipine) Noscaphene (Noscapine) Loram (2 mg) (Lorazepam) Accident and Trauma Care Calculate Ideal Weight for Infants Vent Forte (Theophylline) Pregnancy Confirmation Calculator
This site uses cookies to deliver our services.By using our site, you acknowledge that you have read and understand our Cookie Policy, Privacy Policy, and our Terms of Use  Ok, Got it. Close
×