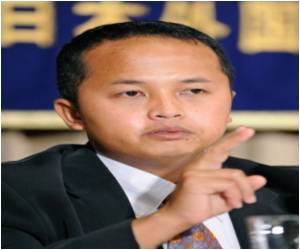 Japan allows hundreds of Southeast Asian nurses to work on short-term contracts, but the health-care workers say the exams they must pass for the right to stay longer are so tough that almost all flunk them.

Nurses and care-givers from Indonesia and the Philippines are now asking their host country to relax the requirements that force them to quickly learn thousands of Japanese characters and medical terms on top of their work duties.


"It's really a challenge for us to pass the exam, with only one chance, after working full-time for three years," Indonesian nurse Wahyudin, 28, who uses only one name, said in Japanese at a Tokyo press conference on Tuesday.


"I think the current exam is more a test of the Japanese language, rather than a test of the qualifications of the caregiver," said Wahyudin, who said he was speaking for scores of fellow foreign nurses in Japan.

In recent years hundreds of nurses from the Philippines and Indonesia have been allowed to enter rapidly-greying Japan, with its usually strict immigration controls, to fill a labour shortage of health care workers.

He was joined and supported at the press conference by conservative opposition upper house lawmaker Hirohiko Nakamura, a former chairman of the Japanese Council of Senior Citizens Welfare Service.

"I'd like to pass the exam and become a caregiver in Japan," Wahyudin said. "Please help us Indonesian caregiver candidates by improving the system."

A health ministry survey in February showed that more than 90 percent of elderly and disabled people said they were satisfied with the services Indonesian caregiver candidates gave them in nursing-care facilities.

Shortage of Doctors Forcing Nursing Home Residents into Hospital
A national shortage of aged care doctors has left more than half of nursing homes with no choice but to send residents to hospital emergency departments.
READ MORE

Nursing Students More Likely to Cause "smoky Wards"
An Italian study has revealed that nursing students already smoke twice as much as the general population average of smokers.
READ MORE 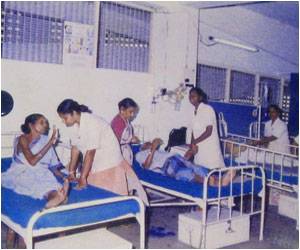