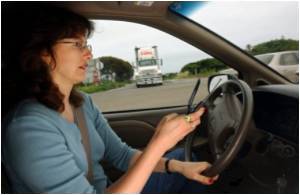 The top ten most-searched entertainment electronics of 2013 has been released by Bing.

Xbox One has been ranked the top most searched entertainment electronics of the year with selling two million units in the first 18 days of its launch, Mashable reports.

Apple's iPhone with its leatest launch 5S and 5C captured the second slot with major camera improvements, a fingerprint identity sensor, the ability to run 64-bit apps and color options, including silver, space gray and gold, the report added.


iPad stood at fourth position with its newly released versions, the iPad Mini Retina and the iPad Air, boasting 10 hours of battery life and included upgraded cameras and processors.
Advertisement
Here are the rankings of the most-searched entertainment electronics of 2013:

Source: ANI
Advertisement
<< North India in the Grip of a Cold Wave
Vertebrate of the Year: Naked Mole Rat >>

Now, Send E-Mails Via Mobile Phone Just By Writing In The Sky
Duke University engineering students have come up with a cell phone application that can enable ......