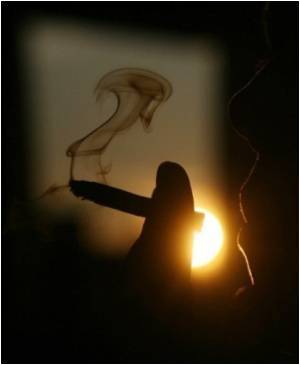 The Delhi High Court has come down hard on college students being addicted to cigarettes and has directed Delhi universities to appoint officials whose main task is to make sure that no tobacco outlets are found within a 100-yard radius of colleges.

Chief justice Dipak Misra and Justice Sanjiv Khanna said that the directive is also applicable to other professional colleges as well and also asked the commissioner of police to make sure than departmental inquiries are conducted on the nodal officers if any such tobacco outlets are found near the colleges.

"We would like the commissioner of police to take action in compliance with the provisions of the Act in larger public interest. The commissioner shall collect action taken report from the task force once a week and may depute an officer to analyze the reports. If required, more task forces may be constituted", the bench said.

Smoking kills the smoker silently, pushing him towards serious illnesses, which slowly lead to death.
Advertisement
<< Metro Blood Back at Cost of Rs 340 Crore in Mumbai
Andrew Lloyd-Webber Rendered Impotent After Prostate Surger... >>