Timely Treatment is the Only Way to Ward Off Dengue: Azad 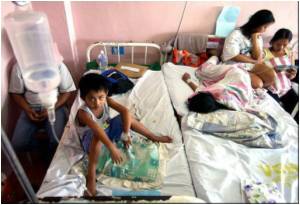 Union Health and Family Welfare Minister Ghulam Nabi Azad on Saturday advised people showing symptoms of dengue to go for a check-up and get treatment without any delay, saying timely treatment can only help cure this disease.

"I am feeling feverish and I am shivering. I am going to get a medical test done for dengue. And that is what I would advice everybody. People should also take precautions. Timely treatment can help cure this disease," said Azad.

"The Health Ministry and the departments concerned are doing their bit to check spread of vector-borne diseases like dengue, malaria and Japanese Encephalitis," he added, expressing his thanks to the media for reporting on the dengue cases and the state of government hospitals in Delhi and NCR region.


Azad further said he has instructed the officials of his Ministry to visit each and every hospital, with all facilities being provided to the Municipal Commissioner.

According to the researchers, their new findings could help with the design of a vaccine against the dengue virus.
Advertisement
"One reason for the increase in dengue cases was the unusual rains. Government dispensaries, whether run by the Centre or the State Governments, have been asked to gear themselves up to meet this challenge," said Azad.

"But it is not possible to reach each individual in a country which has a population of over 120 crore. People should also take precautions on their own," he added.

Over 340 people are suffering from dengue in New Delhi and the adjoining areas.

An Australian study on the impact of climate change on dengue fever could throw light on the mosquito-borne disease and perhaps pave the way for better control of the problem.
Advertisement
Advertisement

Timely Treatment is the Only Way to Ward Off Dengue: Azad Personalised Printable Document (PDF)