Thousands of Children in Japan End Up in Institutions Rather Than Foster Care: HRW 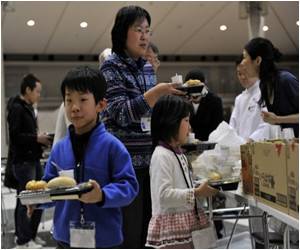 Almost 90 percent of children who have been removed from their natural parents end up in Children's Homes rather than foster care, a rights group said on Tuesday, expressing shock at the rate - Japan being the highest among developed nations.

Just 12 percent of children who have been taken out of their natural homes are placed with foster families, leaving tens of thousands of other youngsters to languish in understaffed children's homes, Human Rights Watch said.

That figure is the lowest in the Organisation for Economic Cooperation and Development (OECD), a club of rich nations, and is just a fraction of that in Australia, where 93.5 percent of these children live in a family home.


"It's heartbreaking to see children crammed into institutions and deprived of the chance for life in a caring family setting", said Kanae Doi, Japan director at Human Rights Watch.
Advertisement
"While other developed countries place most vulnerable children in family-based care, in Japan, a shocking 90 percent end up in institutions."

In neighbouring South Korea, 43.6 percent of children are in foster care. In the United States, it is 77.0 percent, while in Britain it is 71.7 percent.

The 119-page report says 39,000 children in Japan have been removed from their families by the authorities, who determined their parents were either unable or unwilling to look after them.

The report, carried out over a three-year period, found Japan's child guidance centres -- the local administrative bodies charged with dealing with children in care -- are "predisposed to institutionalising children rather than placing them in adoption or foster care".

"These centres often defer to the preference of biological parents to place the child in an institution rather than with a foster family, or seek to avoid time-consuming and often sensitive individual adoption or foster care arrangements."

Existing childcare institutions -- while non-profit organisations -- also have a vested interest in maintaining the status quo as their funding is determined by the number of children that live with them.

"Japans childcare policymakers are allowing bureaucratic priorities to get in the way of finding alternative care that is in the childs best interest," Doi said.

"While many people working in the system are committed to helping children, a sustainable solution should recognise that foster care and adoption need to play a much more central role."

Domestic Violence: The Silent Killer of Women Worldwide
The special report on Medindia brings to the spotlight the problem of domestic violence and its ......