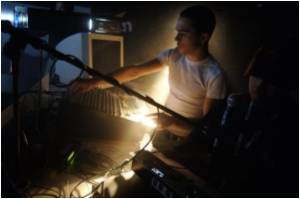 At the age of 75, Araine Mnouchkine is still strongly determined to put in efforts to change the world.

"And for some people that can be very tiring," smiles the half-English, half-Russian visionary who, in between hunger strikes for Bosnia and campaigns for the homeless, has left her own indelible stamp on the world of French theatre.

Mnouchkine is the founder and indefatigable driving force behind the Theatre du Soleil (Theatre of the Sun), a workers collective born of the heady idealism of the 1960s that, half a century later, is still flourishing.


Perhaps even more remarkably, it has prospered while staying true to the egalitarian principles on which Mnouchkine and a group of like-minded Parisian drama students established it on May 29, 1964.
Advertisement
Mnouchkine, born to an English mother from a theatrical family and a Russian father, is the undisputed leader of the troupe.

On show nights she can still be found at the entrance to the company's home on the outskirts of Paris, ripping up tickets and directing the public to their seats in the way she has now done for the best part of five decades.

"We have proved that utopian does not have to mean unrealistic," Mnouchkine told AFP in an interview.

"In terms of equality of salaries, the standards we set and the volume of work I expect from each and every one of us, we haven't changed anything since we started."

A tiny exception to the rule: actors no longer have to contribute to the preparation of communal meals. But the anti-star system means leading men and leading ladies can still be called upon to help build sets or clean the toilets.

Six years after it was founded as a "Workers Production Cooperative", Mnouchkine and co. moved in 1970 into their current home, an abandoned armoury in the Vincennes wood that marks the eastern boundary of the French capital.

In keeping with the spirit of the times, the building was squatted and smashed windows had to be boarded up with tarpaulin.

But the show went on and it kept going on, "even on December 26, 1970 in the depths of one of the coldest winters of the century," Mnouchkine recalls. Their first major production, the French revolution-based "1789", attracted more than a quarter of a million spectators.

Since then the Theatre has built an international reputation with its mix of original productions, many of them inspired by Mnouchkine's love of Asia; regular revivals of Shakespeare and other works from all over the world.

"It is like an island in the theatrical ocean, a place of profound freedom," says the actor Maurice Durozier, a veteran of the theatre who, after an 11-year break, has returned to the fold to play Duncan in a production of Macbeth that Mnouchkine is putting on to mark the 50th anniversary.

"To me it's home. I realised this was where I belonged. Between us, as actors, and Ariane there is something that is unique. Perhaps it is a question of friendship, Ariane's whole idea of theatre is founded on this."

The affection she feels for her fellow workers does not prevent Mnouchkine from being a famously exacting director. The opening of Macbeth was postponed because she was unhappy with some key scenes, triggering memories of how, in 1999, another production "Drums on the Dike" was delayed for three months before she was satisfied it could be presented to the public.

"There are times when she exasperates with her nitpicking. She can be extremely obsessive," says Helene Cinque, who has been involved with the Theatre since she was first introduced to it as a six-year-old by her actress mother. "You do things her way or you leave. But the place would not be the same if she was not like that."

Mnouchkine may be the first among equals, but the creative process remains a collective one: works come together in rehearsals for which no roles have been attributed, scripts being reworked and enriched through improvisation.

"There are times when a scene can be ripped up into tiny pieces," says Helene Cixous, the writer behind some of the Theatre's epic productions such as "The Terrible but Unfinished Story of Norodom Sihanouk, King of Cambodia", which was staged for the first time at the Cartoucherie, in 1985. For "Drums on the dike", Cixous went through 27 script drafts.

Such painstaking perfectionism has led to critical acclaim but, even with the help of a state subsidy of 1.6 million euros, the Theatre's finances remain precarious. Its future is also clouded by the question of who will take the place of the woman around whom it has all been built.

"It will need someone with the same presence and the same belief in what she is doing," says Cixous. "I think she is irreplaceable."

Source: AFP
Advertisement
<< Thousands of Children in Japan End Up in Institutions Rathe...
Humans can Send Out Signals of Smell >>

French Organic Winemaker Fined for Using Pesticides in His Vineyard
A Burgundy winemaker was fined 500 euros by the French court on Monday for defying a government ......

Gut Bugs May Drive Your Appetite: French Study
The micro organisms in the gut not only play a role in the biology of humans but also exert ......

French Daredevils Look to Urban Sites, Much to Disappointment of Base Jumpers
A man climbs onto a ledge, just before midnight, on the 21st floor of a building in southwest Paris ...

French Cheese Experts Turn Down Offer to Train North Korea
A rare opportunity to train the North Koreans in the proud Gallic art of cheese-making was turned .....