The Genetic Map of Kingdom Fungi 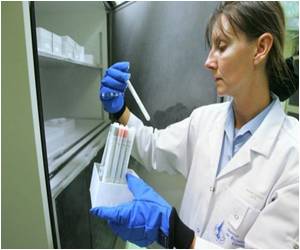 The genomes of more than 250 fungi have been sequenced till today.

Among the basal filamentous ascomycetes - a group of ascomycetes that includes e.g. truffles and morels - only one representative has been analysed so far: the truffle Tuber melanosporum.

Fungi at Your Feet

Can you ever imagine that our feet have nearly 200 different types of fungi and they have their favorite spots too?
Advertisement

"With 125 million base pairs, the truffle genome is unusually big, yet it is coding for relatively few genes, namely some 7,500," says Minou Nowrousian from the Department of General and Molecular Botany.

Moreover, it only grows in symbiosis with plant roots (mycorrhiza). Pyronema, on the other hand, is a typical representative of its group.

Fungi can Take the Place of Plastic

Researchers have zeroed in on a method to grow fungi into almost any shape and also remain biodegradable. The product can replace plastic used for packaging and storage
Advertisement
<< Researchers Show How Brain Cell Connections Get Cemented Ea...
Personality Plays a Major Role in Health Care Use >>

Shigellosis
News Archive
News Resource
Advertisement
News Category
Can Dogs (as Pets) Help Reduce the Risk of Inflammatory Bowel Diseases? Playing Video Games may be Beneficial for LGBTQ+ Youth Monkeypox Doesn't Spread Easily by Air Like COVID, Says US CDC Treating Monkeypox With Antiviral Drugs Might be Effective Corneal Cells Help the Eyes to Protect Against Infection
More News
Sign up for Wellness Consult a Doctor Sign up for Selfcare