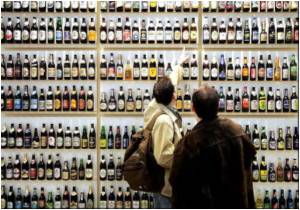 A human rights complaint from some of the victims of a rare genetic ailment has caused The Earl's restaurant chain to decide to change the name of 'Albino Rhino' beer.

The Albino Rhino beer is a popular brand and has been around for the past two decades, owing its name to the famous white rhinoceros.

Company officials said that the name of the brand was not discriminatory in anyway, although they certainly did not want to hurt the sentiments of people with the rare genetic ailment, albinism. Some victims had put up a human rights complaint and the company did not wish to offend anybody's sentiments.


The woman who had actually put up the complaint with the B.C. Human Rights Tribunal felt that the 'Albino Rhino' product on the Earls menu was insulting.
Advertisement
Albinism is a rare genetic condition in which the body is unable to distribute or produce melanin which enables color to eyes, skin and hair.

The company has said this product will be taken off from its menu by April 23rd and are now not sure what the new brand name for the product will be.

No Available: Soaps for Men That Smell Like Bacon and Beer
An American entrepreneur has come up with a range of macho soaps that smell like beer, bacon, ......

Beer is Good for You: Study
Humulone - key ingredient present in beer is found to be effective in curbing the respiratory ......

Health Benefits of Beer Revealed
Beer has a number of antioxidants and vitamins that help prevent heart disease and in some cases ......