The Adverse Effects of Poverty 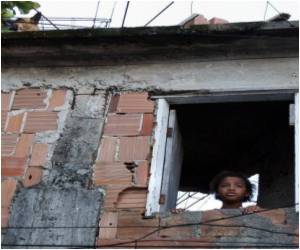 Nearly 20 years ago, groundbreaking research linking a mother's educational background to her children's literacy and cognitive abilities stands out among decades of social science studies demonstrating the adverse effects of poverty.

Now new research conducted at Northwestern University has taken that finding in a neuroscientific direction: linking poor processing of auditory information in the adolescent brain to a lower maternal educational background.

"These adolescents had noisier neural activity than their classmates, even when no sound was presented," said Nina Kraus, the Hugh Knowles Professor of Neurobiology, Physiology and Communication Sciences at Northwestern and corresponding author of the study.


In addition, the neural response to speech for the adolescents from a lower maternal educational background was erratic over repeated stimulation, with lower fidelity to the incoming sound.
Advertisement
"Think about the neural noise like static in a radio -- with the announcer's voice coming in faintly," Kraus said.

Maternal education acted as a proxy for socioeconomic status for the study. Adolescents were divided into two groups, according to whether their mothers had a high school education or less or had completed some post-secondary schooling.

Not only did the adolescents from a lower maternal educational background have neural responses to speech sounds that were nosier, more variable and represented the input signal weakly, but their performances on tests of reading and working memory also were poorer.

"The impoverished brain: Disparities in maternal education affect the neural response to sound" will be published Oct. 30 in the Journal of Neuroscience. Its authors are Erika Skoe, assistant professor of speech, language and hearing sciences at the University of Connecticut; Jennifer Krizman, a doctoral student in Northwestern's Auditory Neuroscience Laboratory; and Kraus, also the director of the Auditory Neuroscience Lab.

This study builds on evidence that children from low-income families experience a type of auditory impoverishment. The landmark study by Hart and Risley (1995) revealed that children in high-income families are exposed to 30 million more words than children from families on welfare. This reduction in the quality and quantity of language input, along with greater exposure to unstructured sound such as ambient noise, may be affecting how the brain represents auditory information.

In urban populations, income and amount of noise exposure are known to be correlated. Consistent with the idea that noisy auditory environments increase neural noise, the new Journal of Neuroscience study found that the adolescents from the lower maternal educational group have increased neural activity in the absence of sound input.

According to the study, "Neural models indicate that when the input to a neuron is noisier, the firing rate becomes more variable, ultimately limiting the amount of sensory information that can be transmitted."

"If your brain is creating a different signal each time you hear a sound, you might be losing some of the details of the sound," said Skoe, lead author of the study. "Losing these details may create challenges in the classroom and other noisy settings."

The new research conducted at Northwestern contributes to a recent wave of neuroscientific research demonstrating that sociocultural factors influence brain structure and function.

Another recently published study from the Kraus lab showed that inconsistent neural responses to sounds relate to poor reading but that by acoustically augmenting the classroom, neural responses became more stable.

"Modifying the auditory world for a particular student, even if just for a portion of the day, may improve academic performance and fine-tune how sound is automatically encoded in the brain," Skoe said.

Ongoing work in Northwestern's Auditory Neuroscience Laboratory is investigating whether auditory enrichment in the form of music education and other school-based activities can offset the negative impact of an impoverished acoustic environment.

For the new study, brain activity of Chicago Public School adolescents, almost all ninth-graders, was assessed both in response to and in the absence of auditory input. The nervous system's responses to speech sounds were observed through passive electrophysiological recordings, with students grouped according to the highest educational level achieved by their mothers.

The responses reflect activity from a communication hub within the central nervous system that provides a snapshot of sensory, cognitive and reward circuits that are engaged to process sound. These fundamental, automatic responses to sound reflect past and ongoing sensory experiences and relate to linguistic and cognitive function.

The collection protocol for "the impoverished auditory brain" lasted roughly 20 minutes, during which participants sat comfortably watching a self-selected subtitled movie, while the brain response to speech syllables was passively collected.

The syllables were presented at a rapid rate to the right ear through an earphone placed in the ear canal. The left ear remained unblocked, making the movie sound track audible yet not intense enough to mask the stimulus.

The syllables chosen are common to many languages of the world, and their acoustic characteristics are perceptually challenging.

In addition, IQ assessments for the students were collected, and they were administered a standardized, age-normed test battery of reading ability and executive function (working memory). Previous work has revealed that the neurobiological systems mediating higher order functions such as language, memory and executive function are especially sensitive to disparities in socioeconomic status.

Nurturing is a Good Way to Insulate Kids From Brain Changes Connected to Poverty
Growing up in poverty can have long-lasting, negative consequences for a child. But for poor ......

Redefine Poverty Indicator to Begin at the Time of Conception
The World Bank must define life expectancy, its key poverty indicator, as starting at the time of .....

Poverty may Lower the IQ, Study
Experiments conducted in India and the US show that poverty could sap people's brainpower and lower ...