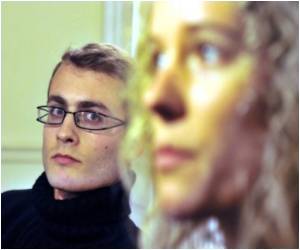 Those teens who have experienced violence during dating may have been exposed to other forms of violence such as child abuse and sexual violence.

"We were genuinely surprised how interconnected teen dating violence turned out to be with other forms of victimization. We thought there would be overlap but had no idea that all dating violence victims are dealing with other forms of violence and abuse as well," said UNH Crimes against Children Research Center research associate Sherry Hamby, lead author of the study and research associate professor at Sewanee, the University of the South.


The new research is published online in the article "Teen Dating Violence: Co-Occurrence With Other Victimizations in the National Survey of Children's Exposure to Violence" by the American Psychological Association in a special issue of the journal Psychology of Violence. February is Teen Dating Violence Awareness Month.

Child abuse and neglect cases are comparable to expensive health conditions such as diabetes and stroke
Advertisement
Sexual violence and child abuse were the most common other victimizations among teen dating violence victims. A distressingly high percentage  60 percent  also had experienced at least one type of sexual victimization, with the most common types being verbally sexually harassed (30 percent), flashed by a peer (25 percent), and sexually assaulted (20 percent).

The researchers also found that most of the time, the other victimizations were not at the hands of violent dating partners. More than half of teen dating violence victims had a history of some form of child abuse, with more than 40 percent of victims physically abused by a caregiver, and nearly 70 percent having witnessed violence in their families.

"We know that some youth are just generally more at risk for everything than other youth," Hamby said. "If they live in a violent family or violent neighborhood, they may not be able to avoid violence or know how to. If they've been hurt in the past, it may lower their self-esteem or impair their ability to protect themselves. In particular, we need to help kids from violent families, kids who have been bullied or kids who have been sexually abused from getting involved or staying in an assaultive relationship."

Role of Socioeconomic Status in Determination of Child Abuse

A person's socioeconomic status has more influence than race on whether a child's injury was accidental or caused by abuse, reveals study.
Advertisement
<< Clinicians Must Know the Rights and Responsibilities of Ele...
Self-improvement is a Shot in the Arm for Teamwork >>

Accusations of Failing to Prevent Child Abuse Leveled at Twitter

Calculate Ideal Weight for Infants The Essence of Yoga Daily Calorie Requirements Vent Forte (Theophylline) Iron Intake Calculator How to Reduce School Bag Weight - Simple Tips Find a Hospital Blood Donation - Recipients Indian Medical Journals Sinopril (2mg) (Lacidipine)
This site uses cookies to deliver our services.By using our site, you acknowledge that you have read and understand our Cookie Policy, Privacy Policy, and our Terms of Use  Ok, Got it. Close
×