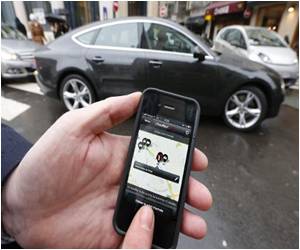 Technology obsessed parents in some parts of America are ignoring their kids because they find their phones more interesting, suggest reports.

In "The Big Disconnect: Protecting Childhood and Family Relationships in the Digital Age" book, psychologist Catherine Steiner-Adair has given examples, Cnet reported.

Scared after hearing all the harmful effects of cell phone use? Read on to find more about what cell phone radiation actually does and how you can cut down on the exposure.
Advertisement

She said that in one instance a child threw a parent's phone down the toilet, while another child said that he feels that he is boring, as his dad because he will take any text, any call, anytime, even on the ski lift.


According to pediatrician Jenny Radesky, some parents are more enchanted by screens than screams and that out of the 55 parent-child groups they studied, 40 of the parents pulled out their phones and many seemed more engrossed in that than in their kids, while 27 percent of parents used their phones for the whole time.

Many parents also give their kids iPhones or iPads to keep them quiet, which results in diminished levels of interaction between parent and child.

Mobile Tower, Cellphone Radiation Does Not Cause Cancer: Siddhartha Mukherjee