Take Care of Your Kitchen Hygiene 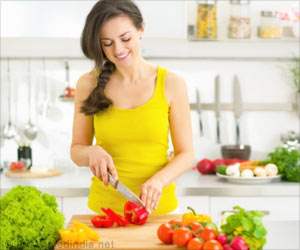 Improvement of one's kitchen hygiene and proper handling of food is as important as maintaining communal catering facilities and restaurants to prevent food borne infections, says a research team from German Federal Institute for Risk Assessment (BfR). Pathogen in food can cause serious damage. People whose immune system has been weakened by previous illness can have severe, lasting gastrointestinal issues like self-limiting diarrhea due to bad food hygiene.

Advertisement
‘Food borne infections can be avoided with a good kitchen hygiene and proper handling of food.’

Improper handling of food can favor the outbreak of disease. According to the outbreak investigations, the major sources are meat and meat products and in particular poultry meat (126 outbreaks), as well as mixed food and buffet meals (85 outbreaks), eggs and egg products (72 outbreaks), fish and fisheries (70 outbreaks) and milk and milk products (45 outbreaks). Although vegetables, fruits, cereals, sprouted seeds, herbs and spices and their products made a much less significant contribution to the outbreak situation in Europe with a total of 34 outbreaks, they should in no way be ignored.


However, the 14,504 cases of food-borne disease in strong-evidence outbreaks recorded in Europe only partly reflect the food-borne infection situation in
Germany and the EU. Above all, salmonella was the dominating causative agent of strong-evidence outbreaks reported by the EU Member States, whereas outbreaks caused by Campylobacter, Listeria monocytogenes and other food-borne pathogens are in the minority. However, regarding the individual cases of disease caused by food-borne pathogens that were reported to the public health authorities in Germany (approx. 100,000) and the European Union (approx. 360,000) in 2016, a completely different picture results: Campylobacter was the main cause of the reported cases of illness in Germany (approx. 74,000 cases) as well as in the EU (approx. 250,000 cases).
Advertisement
The risk of food-borne infections can be minimized through consistent compliance with the rules of good kitchen hygiene in both the professional area as well as in private households.

The BfR has published leaflets on this with general tips for avoiding food-borne infections in private households as well as information on individual pathogens. These are supplemented by flyers for professional applications available in several languages.

(1) A food-borne outbreak means an incidence of two or more human cases of the same disease, or a situation in which the observed number of cases exceeds the expected number and where the cases are linked, or are probably linked, to the same food source.

Low Salt Diet for Good Health
Salt is substance existing in water as well as in foods. The article discusses the major risks ......

Commonly Used Food Preservative Enhances Schizophrenia Treatment
Sodium benzoate, when used as an add-on treatment was effective in those who are resistant to a ......