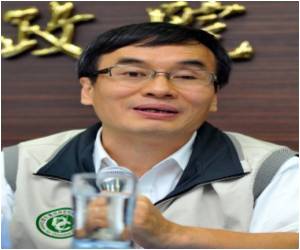 A multi-drug resistant superbug was discovered for the first time in Taiwan in a cameraman who had been shot at while working and who subsequently, had been hospitalized in India.

The bacterium carrying the NDM-1 gene was found in an intestine sample taken from the Taiwanese cameraman, who was shot outside a mosque in New Delhi last month, health authorities said.


"This is the first time the virus is found in Taiwan," said Shih Wen-yi, deputy director general of the Centres for Disease Control.


Shih told reporters that the cameraman had been infected with the bacteria while undergoing surgery in India, but urged the public not to panic over the discovery.

"It's not easy for the people to be infected by the cameraman," he said, explaining the cameramen had shown no symptoms of infection.

The cameraman flew back to Taiwan on September 27 to receive further treatment and has since been discharged.

The World Health Organization has called on global health authorities to monitor the superbug.

Superbug, a Time Bomb, Needing Global Response
A superbug, originating in India, resistant to nearly all antibiotics, must be tracked down and addressed globally, warned scientists on Monday.
READ MORE