Population Explosion Being Curbed in Rwanda 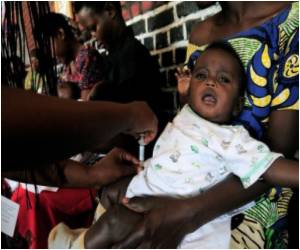 At a health centre for contraception, 24-year old Placide Dusabe states her intention to wait till her baby is five years old before having another.

Here in Rwanda, where couples getting married are traditionally wished "God (happiness), milk (material well-being) and children" the massive taking up of family planning is relatively recent.

Now that child mortality is on the decline, health workers at the centre in Musha say that most Rwandans accept that their children will be healthier and better educated if they have fewer of them.


"Twenty years ago, people had 10, eight, maybe even 15 children. Now the average here in Musha is five," said Vestine Mukamunana, the nurse in charge of family planning at the health centre.

Rwanda is nearing success in its effort to meet the UN-set Millennium Development Goal of reducing child mortality, having made advancement in its fight against malaria and pneumococcal disease.
Advertisement
The government's aim is to get that down to three.

Rwanda is already the most densely populated country in mainland sub-Saharan Africa. The population has risen fourfold over the past fifty years from an estimated 2.6 million in 1960 to more than 10 million.

"We would like all Rwandan couples to produce not more than three children," said Agnes Binagwaho, permanent secretary in the Ministry of Health.

"We have very good signs that there is a decrease. We have multiplied by three our uptake of family planning" over the past four years, she said, noting that the country used to have a fertility rate of 5.3 percent.

"When we build schools or health centres or hospitals, capacity is very quickly outstripped," he told AFP in a recent interview.

In the years that followed the 1994 genocide, birth control was a taboo subject in Rwanda. It is only some four years ago since the government made a serious attempt to tackle galloping population growth.

Some specialists say that at this juncture measures more draconian than simply asking families to confine themselves to three children are required.

"Because of the inertia of demographic phenomena and whatever the scenario followed, the problem remains," said Christian Thibon, a professor at Pau University in France specialised in Rwanda.

"Any change from new behaviour trends -- if these are amplified ... will only be felt in the medium term," he said.

"If the current annual population growth rate of 2.6 percent persists, the country's population is projected to reach 14.6 million by 2025," the Population Reference Bureau (PRB), a Washington, DC-based non-profit group, said in a report last year.

The most popular birth control methods here are sub-cutaneous implants and injections. Unlike the pill they cannot be forgotten, health workers say, and they are invisible to husbands who might be reticent about contraception.

Joyeuse Uwimgeneye, a bank worker in heels, straight skirt and formal jacket, is attending Nyamata health centre with her daughter of 3 months, Keila. She also has a son of seven.

"I only want two children," she said. "My colleagues feel the same way. They are educated and they know that educating a child is expensive, so we prefer to have fewer children and educate them properly."

She said her parents-in-law put no pressure on her to have more children.

"And even if they did I wouldn't give into it. After all, I'm the one who's bringing up my children."