T Cells are More Effective in a Tumour's Anoxic Environment 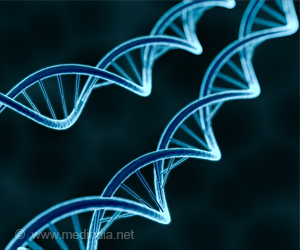 Cytotoxic T cells are important for the immune system in their ability to kill tumour cells. When the T cells enter a tumour, they are thought to exploit transcription factor HIF, which like all transcription factors is a protein that regulates gene expression and thus the function of the cell.

Transcription factor HIF is also especially able to help the T cells to adapt to the tumour's anoxic micro-environment. Contrary to what was previously believed, the immune system's cancer-killing T cells are more effective in a tumour's anoxic environment when they have access to growth factor VEGF-A.

Advertisement
‘T cells detect oxygen, and by adapting to a limited amount of oxygen they can enter anoxic tumours, survive within them and then effectively kill them.’

In a study from Karolinska Institutet published in Cancer Cell, the researchers show how the T cells not only survive in this oxygen-depleted micro-environment with the help of transcription factor HIF-1a but also become more effective at killing cancer cells inside it.


The researchers now show that it is the variant HIF-1a that enabled the T cells to adapt to this oxygen-depleted environment and thus succeed in killing the tumour. After having analysed the variant HIF-2a they found that it was less important than HIF-1a for the T cells' ability to adapt to the lack of oxygen and fight the tumour.
Advertisement
"We observed that the T cells detect oxygen, and by adapting to a limited amount of oxygen they can enter anoxic tumours, survive within them and then effectively kill them," says Professor Randall Johnson at Karolinska Institutet's Department of Cell and Molecular Biology, who led the study.

The researchers also used mouse models to try to knock out VEGF-A (a growth factor that makes blood vessels grow and one of HIF's target genes) from their T cells.

"Doing this, we found that the tumours grew and that the formation of new blood vessels changed," explains Professor Johnson. "This is interesting because it was previously thought that tumours starve when you reduce VEGF-A. Our research shows that things are more complex than this. I hope that our discovery will lead to better tumour therapy that maximises the effect of the T cells."

Source: Eurekalert
Advertisement
<< Sharing More Organs can Lead to Increase in Organ Supply
Marijuana Use Among Adults Rose in States Where It is Legal >>

Interesting Insights into Early Breast Cancer Development
Epigenetic changes are inherited as long as the cell divides, and the research affected the biology ...

Outsmarting the Cancer's Immunosuppression
Study discovers a mechanism that inhibits tumor growth in skin cancer by switching the ......