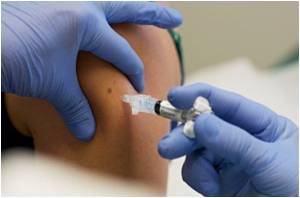 The public must remain vigilant against swine flu that has so far killed 93 people, health officials in Greece warned. They also pointed to low vaccination ratios and suggesting the elderly are more at risk.

"The country is going through a phase of high seasonal flu activity," the state centre for disease control (Keelpno) said in a statement, adding that the potentially deadly H1N1 virus strain was "predominant".

It noted that 126 people were currently in hospital with confirmed flu symptoms and that only a small number of health staff and high risk groups had taken vaccines.


"This virus strain can cause serious illness even to young individuals without prior risk causes," the centre said.

In a number of serious cases patients had apparently underestimated the symptoms and were late in taking medication, it said.

In Hong Kong 12 people died from swine flu in under a month, released by the health authority.
Advertisement
The Greek interior minister was among those who caught the virus and took time off to recuperate last week according to reports.

Some 150 people had died in Greece from swine flu last year.

President Alvaro Uribe is expected to fully recover from swine flu by midweek his office said Monday, a day after announcing that the Colombian had become the second Latin leader to
Advertisement
<< Inflammation in Pancreatic and Breast Tumors Fueled by Prot...
India's Rural Poor Speak Through Limbless Singer >>

Diaphragmatic Hernia Vent Forte (Theophylline) Post-Nasal Drip Blood Pressure Calculator Selfie Addiction Calculator Calculate Ideal Weight for Infants Drug Side Effects Calculator Accident and Trauma Care Find a Doctor Blood - Sugar Chart
This site uses cookies to deliver our services.By using our site, you acknowledge that you have read and understand our Cookie Policy, Privacy Policy, and our Terms of Use  Ok, Got it. Close
×