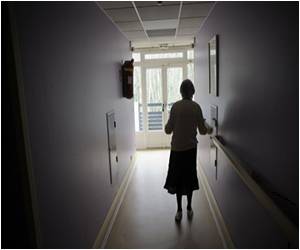 A new survey finds that widows and widowers actually enjoy the highest levels of well-being while singles are the worst when it comes to personal relationships, home and safety.

In a latest survey by National Australia Bank Wellbeing Index, widowed people have higher levels of well-being than married couples.

Women aged 18 to 29 are the unhappiest age group, added the survey.


When it comes to marital status, widows and widowers had the highest levels of well-being, the survey, that included 2,100 Australians, showed.
Advertisement
"In particular, mental well-being, feeling part of the community and physical health are significantly stronger contributors to the well-being of widows when compared to married couples," NAB economists were quoted as saying in Herald Sun.

Those with no children reported higher levels of well-being than those with children, while the highest earners were happier than those on lower incomes.

Those in regional cities reported the highest levels of well-being, compared with people in capital cities and rural areas, the survey added.

Despite Medical Advancement, American Widows Still Face Higher Mortality Risk
There has been a significant increase in mortality rate among widowed people in the US, according .....